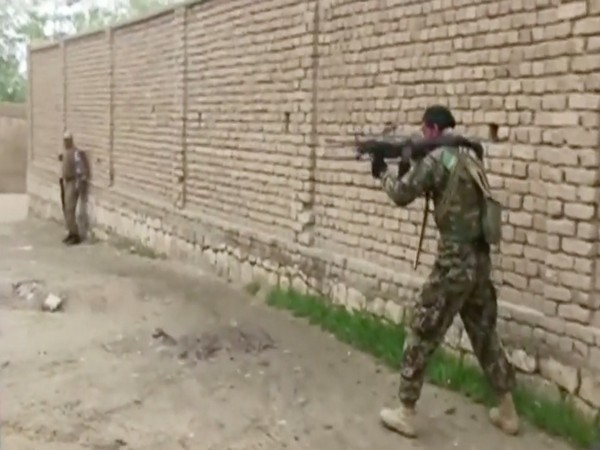 Kunduz [Afghanistan], October 18 (ANI/Xinhua): Seven soldiers and five Taliban militants were killed during armed clashes in Imam Sahib district of Afghanistan’s northern Kunduz province Saturday night, a local official confirmed on Sunday.
“The clashes erupted after an unknown number of militants armed with guns and rocket-propelled grenades attack security checkpoints of the Afghan National Defense and Security Forces (ANDSF) in Ab Froshan and Bakhmal Kocha localities on outskirts of the district at mid-night Saturday,” district chief Mahbubullah Sayyedi told Xinhua.
Three members of ANDSF and five militants were also wounded during the fighting in the district, in the north of the province, he said.
The district has been the scene of heavy clashes in recent months. Earlier in the day, a group of Afghan National Army (ANA) commandos arrived in the district to help the security forces in the fight against the militants, according to the district chief.
Violence lingers in the war-torn country even as peace talks between the Afghan government delegation and Taliban representatives are being held in Doha, capital of the Gulf state of Qatar.
The Taliban militants have been trying to overrun small towns or districts across Afghanistan and consolidate their position, launching hit-and-run ambushes against security forces. (ANI/Xinhua)

Outlook towards society changed after working with Aamir:…