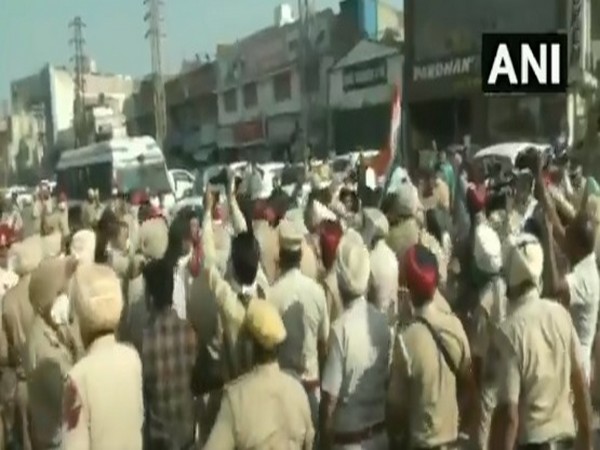 Ludhiana (Punjab) [India], October 17 (ANI): Youth Congress workers on Saturday clashed with police personnel during a protest against the visit of Bharatiya Janata Punjab (BJP) president Ashwani Sharma to Ludhiana.
During the visit, BJP president attended an event where senior advocate Bikram Singh Sidhu joined the party.
Welcoming Sidhu to the party, Ashwani Sharma said that the BJP is a party where every community is respected, particularly Sikhs. Sikh brothers have not only got respect in the party but also have been appointed to higher positions just like Union Minister Hardeep Singh Puri.
Sharma stated that BJP is always strives for the progress of traders, labourers, farmers and youth and there have been many changes in the country because of which India has been admired around the world.
“The party was looking for fearless, settled and high thinking youth and advocate Sidhu fulfils these parameters. Sidhu will be given full respect and great responsibility within the party,” he added.
Farmers and trade unions were also protesting against the visit of the BJP president. Protestors alleged that the BJP-led National Democratic Alliance (NDA) government at centre is working against the farmers. (ANI)

Explosion outside near US Embassy in Beijing