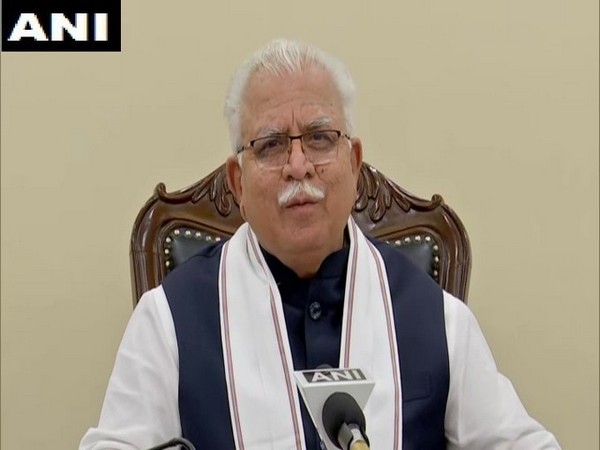 Chandigarh (Haryana) [India], October 17 (ANI): Haryana Chief Minister Manohar Lal Khattar on Saturday said that in the last six years, several initiatives have been taken to bring transparency in the government machinery and radical changes in the system by using information technology.
“All these efforts have certainly proved fruitful, be it conducting of recruitment on merit basis or implementing teacher transfer policy. These initiatives taken by Haryana to bring about reforms have been appreciated at the national level,” he said while addressing a press conference
Khattar said that in the last six years, recruitment on about 85,000 government posts has been done on merit basis, and added that in the next five years, merit-based recruitments will be done to more than one lakh posts.
The Chief Minister said a number of complaints were received from Regional Transport Office (RTO), and therefore significant changes were made in Transport Department in the state.
“District transport officers (DTOs) will be appointed in all the 22 districts in place of regional transport secretaries. The public will now get rid of middlemen at the RTOs,” he said.
Khattar said that automated driving test tracks will be set up in 11 districts to test the driving skills, and the whole process will be computerized.
To keep a check on the overloading in commercial vehicles, the Haryana Chief Minister said the state government will install portable scales on roads.
Khattar also informed that vehicle inspectors are ordered to wear body cameras to maintain a corruption-free checking process. (ANI)

China to boost rail network by 2020

CBD helps reduce damage of lungs caused due to COVID-19