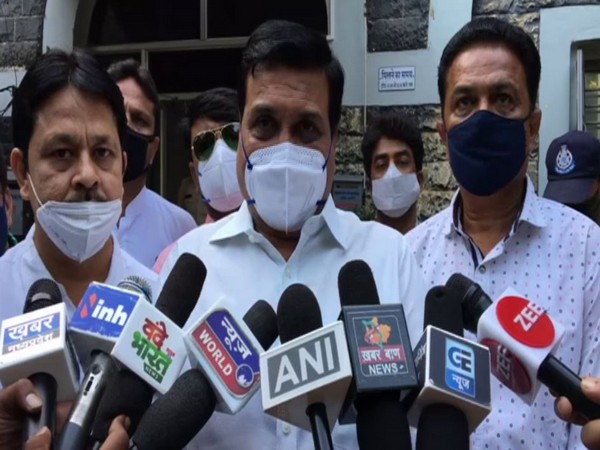 Indore (Madhya Pradesh) [India], October 17 (ANI): Congress leader Vinay Bakliwal on Saturday along with other party colleagues from the city submitted a complaint to DIG Harinarayan Chari Mishra against BJP leaders Kailash Vijayvargiya, Umesh Sharma and others for “derogatory” language used by them against senior Congress leaders including Kamal Nath and Digvijaya Singh.
“BJP General Secretary Kailash Vijayvargiya used derogatory language for our national leaders. Today also the local BJP leaders used foul language for Rahul Gandhi, Kamal Nath and Digvijaya Singh,” Bakliwal told reporters here.
“During the election times, could the BJP stoop so low as using terms as ‘Go-Mutra’ in attacks on our leaders? The BJP ruled the state for 15 years and Kamal Nath ruled for 15 months in which he laid focus on development. BJP does not have anything to talk about,” he added.
BJP leader Kailash Vijayvargiya had on October 14 took a dig at former chief ministers of Madhya Pradesh Digvijaya Singh and Kamal Nath by referring to them as “chunnu munnu” and stated that two could not manage to draw even 100 people to their rallies during the Assembly elections in the state.
Later on October 15, Congress leader Sajjan Singh Verma attacked Vijayvargiya during the campaign for the assembly bypolls in the state and said his own party has “thrown him to Bengal where is engaged in mumbo jumbo but Mamata Banerjee is a bigger magician than him”. (ANI)

Michelle Keegan jets off to Dubai for bachelorette