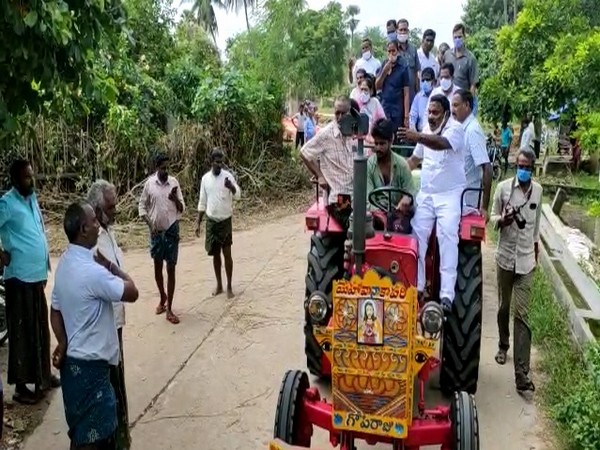 Guntur District (Andhra Pradesh) [India], October 18 (ANI): Ministers and MLAs on Saturday toured flooded villages in Kolluru mandal of Guntur district after rains wreaked havoc there.
A local MLA Meruga Nagarjuna along with the ministers and other MLAs toured the village on a tractor. However villagers did not get a chance to explain their problems to the elected representatives.
Villagers became furious when elected representatives went away without paying attention to the flood victims. (ANI)

First Handloom and Handicraft exhibition in Srinagar after COVID-19 pandemic