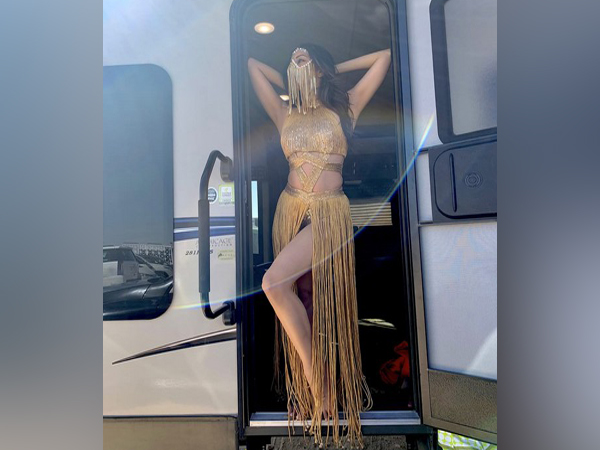 New Delhi [India], October 17 (ANI): Actor Kiara Advani has revealed that she danced barefoot on the scorching desert sands in Dubai for the song ‘Burj Khalifa’ in the upcoming film ‘Laxmmi Bomb’ which stars Akshay Kumar.
Glimpses of the song ‘Burj Khalifa’ from the film have piqued interest.
Sharing the details from the shoot, the 28-year-old actor said, “Shooting for Burj Khalifa was amongst the most enjoyable schedules of the film.”
“Along with the fancy outfits came fancier locations, if we thought wearing chiffon sarees in snow was difficult here comes dancing bare feet on the burning desert sands in the scorching sun. You know you’re an actress in a commercial movie when you’ve done either one,” she added.
Recently, the trailer of ‘Laxmmi Bomb’ released online and portrayed Kiara in glamorous looks in the song as well as her girl-next-door avatar. This film, directed by Raghava Lawrence, will mark Kiara’s second collaboration with Akshay after the 2019 release of Good Newwz. (ANI)

Farmer destroys 4.5 acres of standing paddy crop as he did not get a fair price

‘Post-merger with associate banks, SBI opens as one…