IPL 13: I get very stressed like any player while chasing, says De Villiers 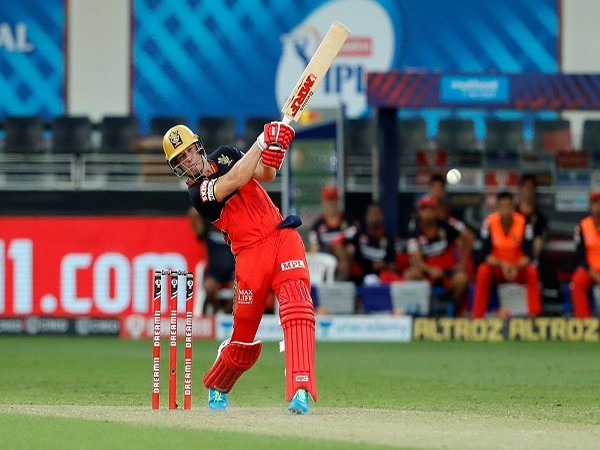 Dubai [UAE], October 17 (ANI): AB de Villiers’ 55 off 22 balls guided Royal Challengers Bangalore (RCB) to a seven-wicket win over Rajasthan Royals but the right-handed batsman has revealed that he feels “very very nervous” chasing the target.
RCB needed 35 runs from the last two overs and de Villiers whacked three sixes on the trot at the start of the penultimate over.
“Extremely happy. I felt we bowled as well as we could have. Leaked some runs, no-balls which usually Yuzi doesn’t do. Went in feeling we gave away 15-20 too much,” said de Villiers during the post-match presentation via host broadcaster Star Sports.
“But Virat and I spoke that we string together some partnerships and then go ahead. I’m very very nervous and erratic [in chase] and I get very stressed like any player,” he added.
Jaydev Unadkat conceded 25 runs in the 19th over and RCB were left with 10 runs more required from the last six balls. Jofra Archer bowled the final over but wasn’t able to take his side over the line.
“I always respect the bowlers. If they bowl well to me, they’ll have the upper hand. I didn’t hit even one of them [sixes] off the middle,” said de Villiers.
“When Unadkat was bowling, I was looking leg side but to be honest I was nervous because I knew I had to hit it well. Luckily I got a few away,” he added.
De Villiers, who was the hero for the RCB against KKR on Monday, had come into bat at number six against KXIP. The former South African batsman failed to leave a mark as he scored just two runs off five balls.
“I want to perform for the team and show the owners I’m here for a good reason. And family, fans, and also for myself. Last game I didn’t perform my role as well as I should have, but this time I did. It’s a cat and mouse game,” de Villiers said.
RCB will next lock horns with Kolkata Knight Riders on Wednesday. (ANI)