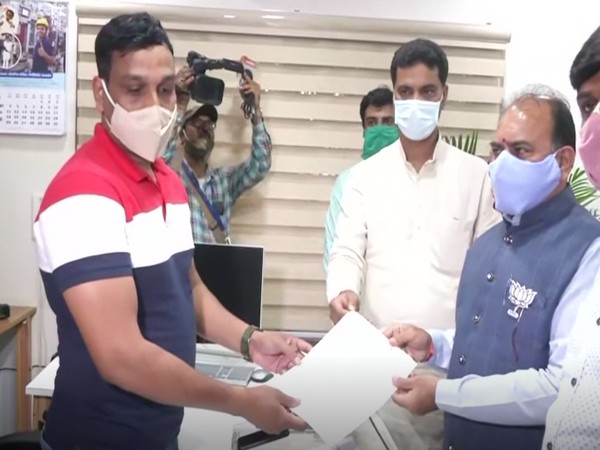 Bhopal (Madhya Pradesh) [India], October 17 (ANI): Bharatiya Janata Party (BJP) has filed a complaint against Congress Rajya Sabha MP Digvijay Singh with Bhopal Crime Branch after the latter posted a ‘traitor rate card’ on his social media account.
Speaking to ANI, BJP leader Bhagwandas Sabnani said, “Public and Congress party have made Digvijay Singh sit at home but he is still involved in such things. Today he posted a traitor rate card from his personal social media handle. He has mentioned the names of 25 respected public representatives in that card. He has defamed these representatives,.”

“He has also featured an upside-down lotus symbol of our party in that card. We have given a complaint to the Election Commission as well,” he added.
Sabnani further stated that Singh’s social media account should be suspended for this act.
Assistant Superintendent of Police (ASP) Crime Branch, Gopal Dhakad confirmed that a complaint has been filed by Sabnani against Digvijay Singh. (ANI)