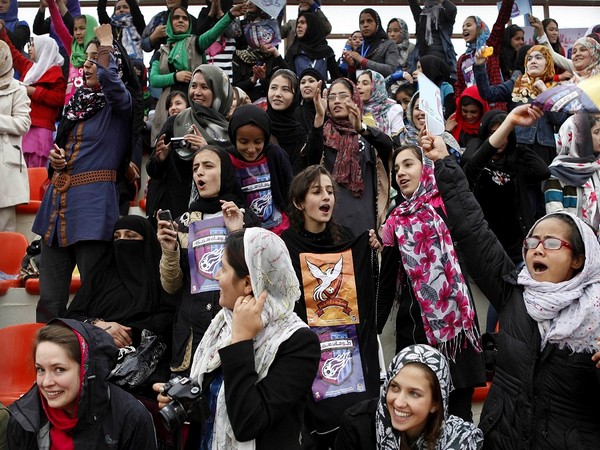 Kabul [Afghanistan], October 17 (ANI): Amid the ongoing offensive by the Taliban in Helmand province, people of Afghanistan attended the final match of Afghanistan’s Premier League (APL) to demonstrate harmony and solidarity among the people and to reiterate their call for peace in war-hit country.
Thousands of football fans gathered at the Afghanistan Football Federation stadium for the final match between Shaheen Asmayee and Simorgh Alborz football clubs, reported Tolo News.
The match was won by Shaheen Asmayee for the fifth time after they defeated Simorgh Alborz by 1-0.
The horde of football fans attending the match reiterated their call for peace in war-torn Afghanistan and demonstrated peace, harmony, and solidarity among the Afghans.
“My message is that we should all come together and call for peace,” said Mohammad Haroon, a participant of the event.
“I am so excited to see people here together. I hope peace comes to the country,” said Shakoor, a participant of the event.
The peculiar presence of women attending the event made it spectacular considering the hardships they had gone through the Taliban-era, a sight which every Afghan woman yearned. Throughout the match, they kept on yelling the theme of the football league: one nation, one voice.
“We don’t want to go back,” said Beheshta, a participant. “We want peace, and we don’t want to lose the achievements we have got with many hardships.”
“Our participation at this event is because we want peace and all ethnic groups proved that the solution for each problem in the country is in our unity,” said Venus, a participant.
Many eminent politicians like First Vice President Amrullah Saleh, Abdullah Abdullah head of the High Council for National Reconciliation, and parliament speaker Mir Rahman Rahmani attended the event, reported Tolo News.
“Afghans demand peace and an end to the war and bloodshed and at this point, at least a significant reduction in violence so that the (peace) negotiations move forward in a peaceful environment. This is the message of all the people of Afghanistan,” said Abdullah.
The celebration, jubilation amidst an increase in violence in Helmand and ongoing peace negotiations in Doha is like blossoming in the eternal sunshine of peace for the Afghans. (ANI)

Yediyurappa apprises Centre about flood-situation in Karnataka, says ‘will ask…

Anti-parasitic drug ivermectin not to be included for COVID-19 treatment protocol: Health Ministry