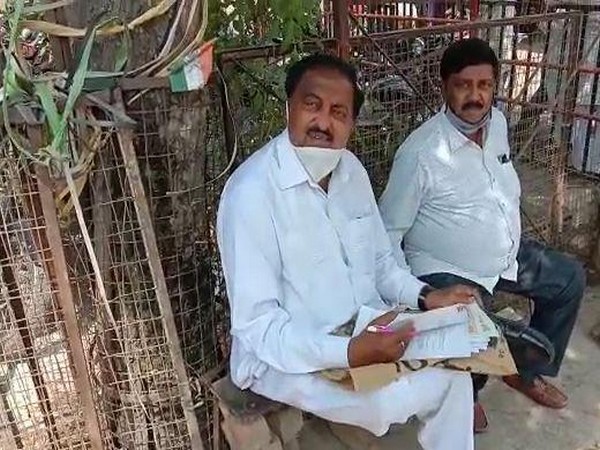 Indore (Madhya Pradesh) [India], October 17 (ANI): Jagmohan Verma, a former leader of Bharatiya Janata Party (BJP) from Indore, on Friday filed his nomination from Sanwer on Shiv Sena ticket for the bypoll on the seat.
Verma had tendered his resignation a few days ago from BJP. He has been representing some hammal associations for years. There are several hammal sangh (labour unions) in Indore.
These associations linked to Verma were banned following a dispute during the Congress government. Verma had warned local leaders a week back that if the ban was not lifted, he would leave BJP.
Local BJP leaders had met to pacify him but he remained adamant.
Verma filed his papers on the last day of filing nominations and if he does not withdraw, he can emerge as a big challenger to Tulsi Silvat of BJP.
Congress has fielded Premchand Borasi (Guddu) from the seat. Voting on 28 assembly seats in Madhya Pradesh by-polls will take place on November 3 and the results will be declared on November 10.
By-elections are due on 28 seats following the resignation of 25 MLAs and the death of three legislators.
In the 230-member assembly, the BJP has 107 MLAs and Congress 88. There are four independents, two from BSP and one from Samajwadi Party. (ANI)