Anil Vij bats for inclusion of Yoga in sports 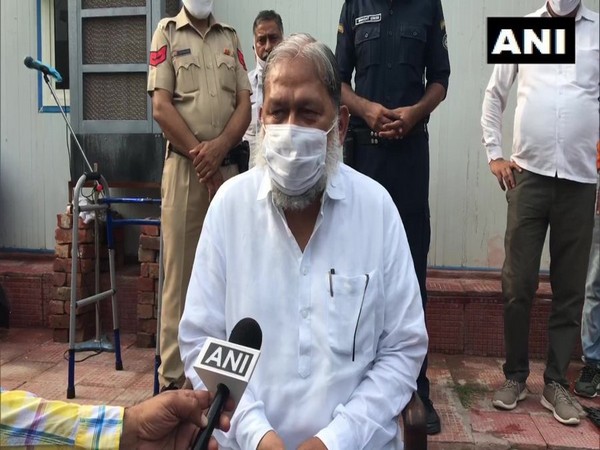 Chandigarh (Haryana) [India], October 15 (ANI): In a step to promote yoga, Haryana Home Minister and AYUSH Minister Anil Vij on Thursday stated that in-principle approval for inclusion of Yoga in sports competitions has been given on a priority basis.
According to a press release, while presiding over the meeting of the Haryana Yoga Council, Vij said that to ensure the inclusion of Yoga, the Council should emphasize on making of policy for its events and future action plans so that Haryana can be developed as a model state for yoga.
He said that it is also being considered to include Yoga in the education curriculum and to establish a world-class meditation centre in the state. He further directed the Urban Local Bodies Department to give priority to the construction of Yogshalas in all cities so that every citizen of the state can be benefitted from it.
The minister also mentioned that 594 yoga and vyayamshalas have been set up in the state. Besides, the Act and the Logo of the Council will also be approved soon. He further added that changing the name of Haryana Yoga Council to Haryana Yoga Commission is also being considered.
Additional Chief Secretary, Health Department, Rajeev Arora said that the Yoga Council should finalise the schedule for each month to ensure widespread publicity. He said that while adhering to the directions of the Health Minister he will ensure that Yoga reaches maximum people. Besides, complete records of all the yoga classes of the state will be also maintained, he added, according to the press release.
Furthermore, The Chairman of the Yoga Council, Dr Jaideep Arya said that Yoga is beneficial for health as it not only cures diseases but also protects from falling sick. Elaborating on the activities conducted he said that the council had organized international webinars in last few days and yoga asanas were conducted on 26 January in which several people and students participated.
Director AYUSH, Atul Kumar Dwivedi, Director, Sports & Youth Affairs, SS Phulia, Director of Panchayat Department, Sushil Sarwan, and several officials of Urban Local Bodies Department and Education Department were also present in the meeting. (ANI)