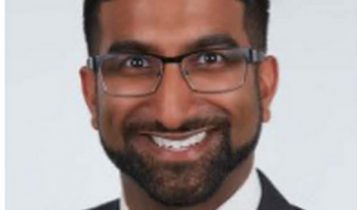 ASHFORD, WA- An associate University of Washington professor is missing after going hiking in a remote area near Mt. Rainier last week.

Sam Dubal, 34, was last known to be hiking the Mother Mountain Loop out of the Mowich Lake Trailhead on Friday, according to Ranger Matthew Braun with Mt. Rainier National Park. Dubal was due to return Saturday but has not been heard from.

According to an Oct. 12 late evening bulletin from the Mount Rainier National Park Ranger Station, Dubal was last known to be hiking the Mother Mountain Loop out of the Mowich Lake Trailhead. The 33-year-old 160-lbs. man, who has black hair, a short beard, and distinctive glasses, was thought to be wearing a blue North Face jacket.

Sam Dubal had joined the University of Washington’s Department of Anthropology as an assistant professor last June. According to a series of tweets by his sister, UC Hastings law professor Veena Dubal, Sam Dubal was scheduled to return home the following day. Mount Rainier National Park rangers have found his car, according to Veena Dubal.

Several members of Dubal’s family and the University of Washington Anthropology Department have tweeted about the disappearance of Dubal. Members of the department and his friends have expressed wishes that he returns home safely soon.

Rangers ask if you have seen or know where Dubal is, or were hiking in the Mowich Lake area on Friday or Saturday to give them a call at (253) 345-1363.

PCB congratulates Zaheer Abbas on his inclusion into ICC…