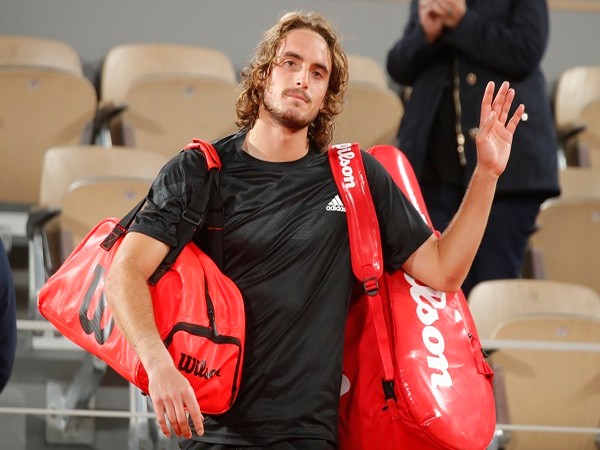 Vouliagmeni [Greece], October 12 (ANI): Greece’s tennis player Stefanos Tsitsipas on Monday pulled out of the St. Petersburg Open due to a “minor” leg injury.
Tsitsipas picked the injury during the semi-final match against Novak Djokovic in the French Open on Friday.
“Hey everyone, Just wanted to say a big thank you to all my fans around the world who supported my Roland Garros journey over the past couple of weeks. My time in Paris was very positive and gave it my all out there in the semifinal against Novak said Tsitsipas in a statement on Twitter.
“Unfortunately I’ve had a minor injury in my leg but I’ve had an MRI and examined it thoroughly. Following my doctor’s feedback, decided to withdraw from St. Petersburg, take a week off and prepare for Vienna,” he added. 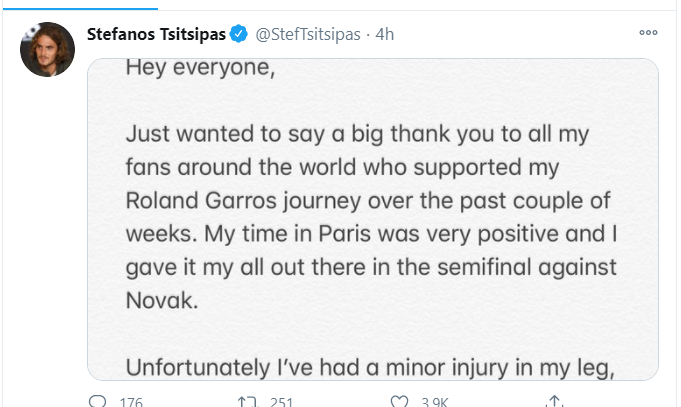 “I look forward to playing there, in Paris and in London (just found out | qualified for this year and I’m so pumped to have the opportunity to defend my title there),” he further said.
Djokovic had defeated Tsitsipas 6-3, 6-2, 5-7, 4-6, 6-1 to qualify for the final.
In the final, Rafel Nadal defeated the 2016 French Open titlist, Djokovic of Serbia, on Sunday. Nadal beat Djokovic 6-0, 6-2, 7-5 to capture a record-equalling 20th major singles trophy to draw level with all-time leader Roger Federer. (ANI)

James Rodriguez to miss Everton’s clash with Southampton due to…

‘Too early to say’, AIIMS on ICMR observation on discontinuing plasma…

Srinagar concert encourages youth to take up sports, art and not turn to drugs

India’s current case fatality rate of 1.51 pc one of the lowest in world, says…

South Korea chooses ‘The Man Standing Next’ for Oscars International…

Researchers discover ‘spooky’ similarity in how brains and computers see

Why is opposition upset if we are going with public health issue in Bihar polls: Bhupender Yadav