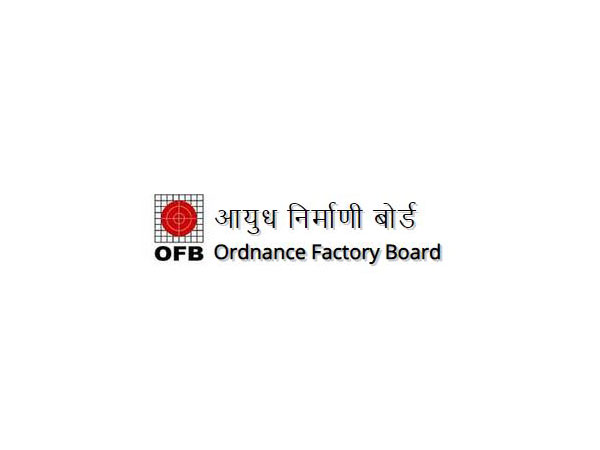 New Delhi [India], October 10 (ANI): Four major employees’ federations of the Ordnance Factory Board (OFB) on Friday called off their proposed indefinite strike from Monday following talks with the Central government, officials said.
The federations have called off their strike following a “conciliation meeting” with the Ministry of Labour and Employment.
The federations– All India Defence Employees Federation (AIDEF), Indian National Defence Workers Federations (INDWF), Bhartiya Pratiraksha Mazdoor Sangh (BPMS) and National Progressive Defence Employees Federation(NPDEF)– had given the call for the indefinite strike against the defence ministry’s move to the “corporatization of OFB”, that supplies ammunition to the defence forces.
The conciliation proceedings were held before the Office of the Chief Labour Commissioner (C) through video conference and the representative of both the parties were present. Federation leaders S.N. Pathak, C. Srikumar, Ashok Singh R. Srinivasan, Sadhu Singh, Mukesh Singh, V. Velu Swamy and G. Devrajan spoke regarding the dispute raised by them.
“The Union leaders stated that the Ministry of Defence has unilaterally decided to corporatize Ordnance Factory Board which is against the assurance given by different Defence Ministers and Secretaries, Department of Defence Production. They further stated that on many occasions, government has initiated the process of corporatization of Ordnance Factory Board but after taking us into confidence, they have always deferred the decision,” said Ministry of Labour and Employment.
“Union representatives further stated that if the government decision is implemented, service conditions of thousands of workers will be adversely affected and thereby the defence production which is a very sensitive matter relating to defence preparedness. They all demanded that the decision of the corporatization of Ordnance Factory Board be withdrawn and an Expert Committee be set up to conduct a study on increasing the efficiency and quality of output of Ordnance Factories,” it added.
The representative of Employer Puneet Agarwal, Joint Secretary, Department Of Defence Production stated that government has taken a decision for the corporatization of Ordnance Factory Board into 100 per cent Government-owned corporate entity(ies) and it is not privatization.
He further stressed that interest of the existing employees will be safeguarded.
“After prolonged discussions, it is agreed that since the matter is sensitive and require discussions and deliberations at the highest level of government, therefore representative of Employer, Puneet Agarwal said that the meeting with Secretary, Defence Production and EGoM can be arranged so the Unions can put forward their issues and grievances pertaining to the disputes before them,” said Ministry of Labour and Employment.
“Union representatives stated that till the pendency of Conciliation proceedings in ongoing Industrial Disputes, no change should be made by the Employer. It is agreed by both the parties that in respect of strike demands dated October 4, 2020, during the pendency of ongoing conciliation proceedings, the Employer will abide by the provisions of Section 33(1) of Industrial Disputes Act, 1947 and Unions will not proceed on proposed strike from October 12, 2020,” it added.
With the consent of both the parties, Conciliation proceedings in the matter is adjourned. Dates and time of next conciliation will be intimated to all the parties, it said.
Last month, the government constituted an Empowered Group of Ministers (EGoM) under the chairmanship of Defence Minister Rajnath Singh to oversee the process of the corporatisation of the OFB which was strongly opposed by the unions. (ANI)

Parts of Hyderabad witness waterlogging due to heavy rainfall

What did Obama know about US spying abroad?

Bihar man complains to police of job offer by…