IPL 13: Was far from ball, had to dive to take Lomror’s catch, says Anukul Roy 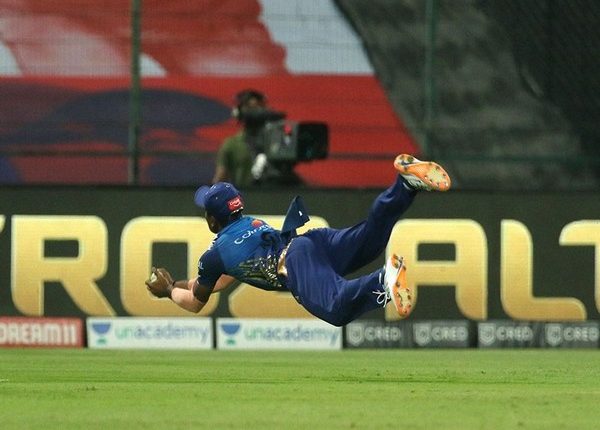 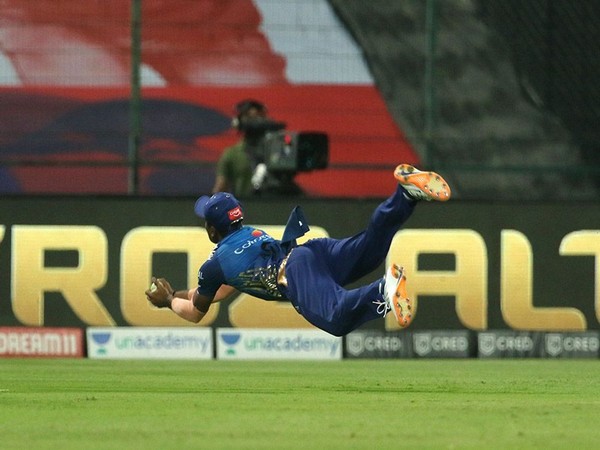 Abu Dhabi [UAE], October 7 (ANI): Reminiscing his crucial catch to dismiss Rajasthan Royals’ Mahipal Lomror, Mumbai Indians’ spinner Anukul Roy said that he had to dive to make the catch after realising he was far away from the ball.
Roy had come in as a substitute fielder for Suryakumar Yadav and ended up taking an amazing catch in the ninth over off Rahul Chahar’s bowling to dismiss Lomror.
“I was just thinking about reaching the ball, as soon as I did, I realised I was still far off from taking a catch, so I had to dive for it, it was a very nice feeling that I was able to do something for the team,” Roy told Chahar in a video posted on Indian Premier League’s official Twitter handle.
In the ninth over of Rajashthan Royals’ innings, Lomror tried to hit a big shot towards the legside but he got a thick outside edge and the ball went up and it was behind Roy at short cover. Roy ran back and dived with both hands, parallel to the ground, and ended up taking a stunning catch.
This was not the only piece of brilliance on the field as Kieron Pollard also produced a blinder of a catch to send back the set batsman Jos Buttler.
In the 14th over, Buttler tried to clear the boundary at long-on, but the tall Windies all-rounder ran towards his left and leaped on. Pollard stretched out his hand, but the ball bounced in the first attempt, however, he was quick to catch it in the second attempt.
Talking about Pollard’s catch, Roy said: “Pollard has always been taking these brilliant catches, we are learning a lot from him. He took a one-handed blinder against the Royals. Even Ishan Kishan took a great catch against SunRisers Hyderabad. The fielding coach has been working hard with us and the results are there for everyone to see.”
Rajasthan Royals was bundled out for 136, losing the match by 57 runs at the Sheikh Zayed Stadium in Abu Dhabi.
Only Jos Buttler came through with the bat for the Steve Smith-led side as he played a knock of 70 runs. Bumrah emerged as a star with the ball for Mumbai as he returned with the figures of 4-20 in his four overs.
Batting first, Mumbai Indians posted a score of 193/4 as Suryakumar Yadav played an unbeaten knock of 79 runs from 47 balls. Hardik Pandya and Rohit Sharma also played useful knocks of 30 and 35 respectively.
With this win, Mumbai went to the top of the table with eight points from six games. Rajasthan slipped to the seventh position.
The Royals will next face Delhi Capitals on October 9 while Mumbai Indians will lock horns with Delhi Capitals on October 11. (ANI)