Suzie Bates ruled out of remainder of ODI series against Australia 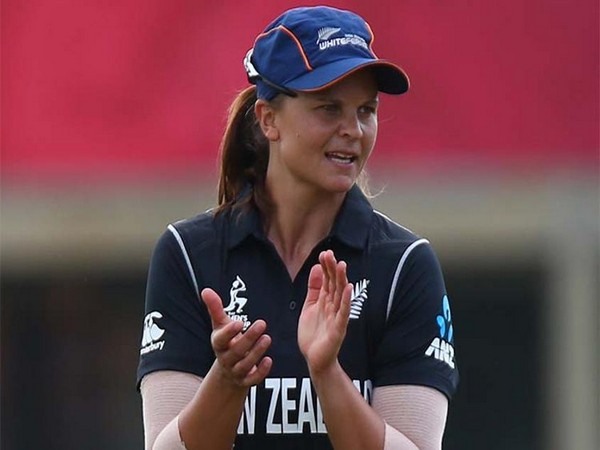 Brisbane [Australia], October 4 (ANI): New Zealand’s experienced batswoman Suzie Bates has been ruled out of the remainder of the ODI series against Australia due to a shoulder injury.
The right-handed batter had sustained an injury late in the first ODI against Australia when she dived to prevent a boundary.
She underwent an MRI scan earlier today but further consultation will be needed to determine the full extent of the injury, ESPNCricinfo reported.
“Losing Suzie for the remaining two matches is obviously a big loss. Anytime you lose a player with well over 100 ODIs of experience and a wealth of runs, it’s hard to replace them,” ESPNCricinfo quoted New Zealand coach Bob Carter as saying.
“Lauren’s injury, while minor, is, unfortunately, keeping her on the sideline for the time being. She’s been showing plenty of promise in the nets and we remain hopeful she will play a part in this series,” he added.
Australia had defeated New Zealand by seven wickets in the first ODI to go 1-0 up in the three-match series. Both sides will lock horns in the second ODI on Monday, October 5.
New Zealand have not held the Rose Bowl trophy since 1999 and the side must win on Monday to keep the series alive.
Australia are currently on a 19 consecutive ODI victories spree and if they whitewash New Zealand, the Southern Stars will equal the world record of 21 held by Ricky Ponting’s 2003 side. (ANI)

Congress issues list of candidates for by-elections in MP