Playing in – and succeeding against – England, living in the times of a pandemic and advice for cricket in the USA. HiINDiA had an exclusive chat with the legendary Dilip Vengsarkar after he was inducted in the Cricket Hall of Fame in Hartford, Connecticut, on October 3, 2020, through a Zoom meeting.

The stylish Right-handed India batsman said, “I am privileged to be part of the excellent list of inductees”. Vengsarkar, 64, now joins an august group of India cricketers, which includes Syed Abid Ali, Sunil Gavaskar, Bhagwat Chandrasekhar, Gundappa Viswanath, Chetan Chauhan, Ajit Wadekar, and Farokh Engineer.
The Cricket Hall of Fame is a non-profit organization, established in 1981, dedicated to the cost-sharing development and support of heroes (Honorees and Inductees), who have contributed to the game of cricket over the years and who, in the true spirit of the game, have been also engaged in development activities in their local communities.

While reflecting on his career,  the 64-year-old Vengsarkar, who is an Arjuna Award winner and Padma Shri, vividly spoke of the his era from 1976-1992 with his journey starting from Port-of-Spain in Trinidad where he made his debut in Test cricket. Having played 116 Test matches, he scored 6868 runs with 17 centuries. “I have thoroughly enjoyed my journey”, said Vengsarkar, who runs three cricket academies (two in Mumbai and one in Pune). These academies support hundreds of kids to learn the basics and also the nuances of cricket. Post retirement, he has been especially proud of these achievements through his multiple cricket academies.

Down Memory Lane
While speaking to this reporter, he was proud to have belonged to his school (King George School) and college (Podar College) that has produced several Test cricketers for India. When asked who his idols were, Vengsarkar said: “I have so many idols.” But he did single out the late Ajit Wadekar as being a hero that he tried to emulate.

Scoring at Lord’s
When one remembers Dilip Vengsarkar, the image of the Lord’s Cricket ground crops up in front of the eyes. “You have to score runs in England to be considered a successful cricketer”, said Vengsarkar, recalling his exploits at Lord’s which have become cricketing folklore. “Atmosphere at Lord’s is just electrifying, and the ground is amazing. I still manage to get down to Lord’s at least once a year. I still get goosebumps.”

Vengsarkar loves cricketers who never stop contributing to their clubs. He firmly believes that clubs form the backbone and the foundation of cricket. “Today, the Test cricketers do not have time to play for their clubs”, opined Vengsarkar. When asked about the Twenty20 format, he said: “I would have loved to play T20.” Fondly remembering his debut first-class season when, as a 19-year-old, he made a grand entry into big-time cricket through an Irani Cup match at Nagpur in 1975.

Vengsarkar, in only his second first-class match, clouted off-spinner EAS Prasanna and Bishan Singh Bedi for seven sixes. The innings propelled him into the Indian team. In later years , he also enjoyed his stint as the cricket ambassador for the Global T20 Canada League in 2019

Living in SARS-CoV-2 pandemic
“Because of the pandemic, I have been sitting at home for the last six months and I get my exercises by walking.” He further added, “I am waiting to get back to my academies and teach the youngsters.”

Family
He is a proud father of two successful children. He has a son who is in the field of architecture and a daughter who is in the financial world. He is also a proud grandfather of a 10-month-old grandson who he is yearning to visit.

Cricket in the USA
His main suggestion was that individual states need to have Sports complex and academies. He placed a lot of emphasis on the infrastructure of the game for it to succeed. He also offered help to the USA cricket aspirants by taking part in his academy to further their interests and careers. 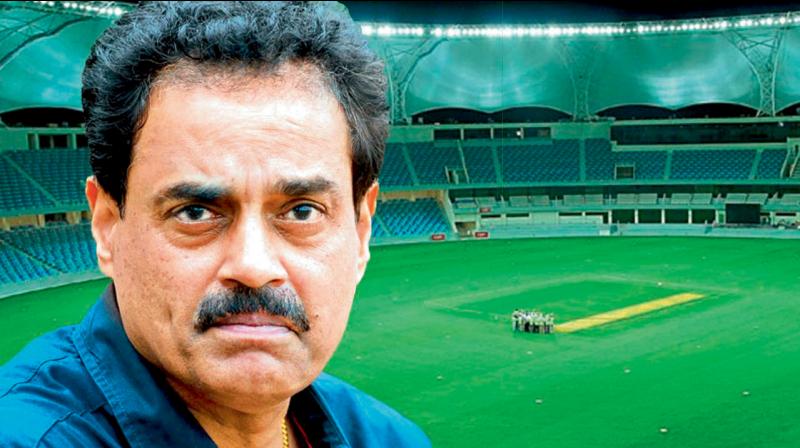 Even I am surprised:Swiatek after defeating Halep in French Open