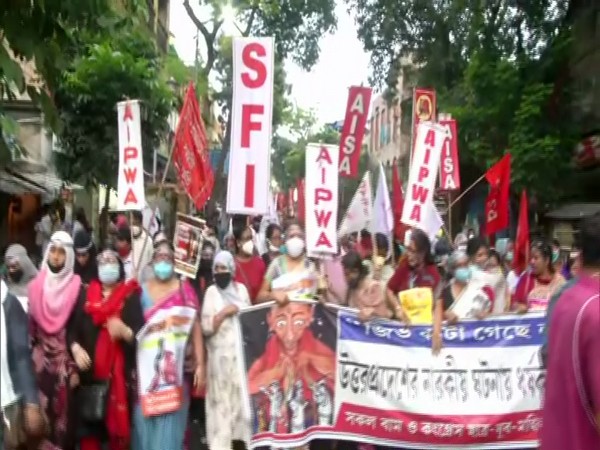 Kolkata (West Bengal) [India], October 3 (ANI): Left and Congress Parties on Saturday held a protest against the alleged rape of a 19-year-old in Kolkata.
Party members of the Students’ Federation of India, All India Students’ Union, and All India Progressive Women’s Association, among others, broke police barricades near Esplanade Metro Channel in the city and shouted slogans demanding justice for the woman who passed away on September 29.
Chief Minister Mamata Banerjee also took out a protest rally in the city earlier in the day.
The 19-year-old died in Delhi’s Safdarjung hospital, was allegedly raped in a village in Hathras on September 14. All the four accused in the incident have been arrested. (ANI)