Kohli gives us freedom to play to our strength, says Shami 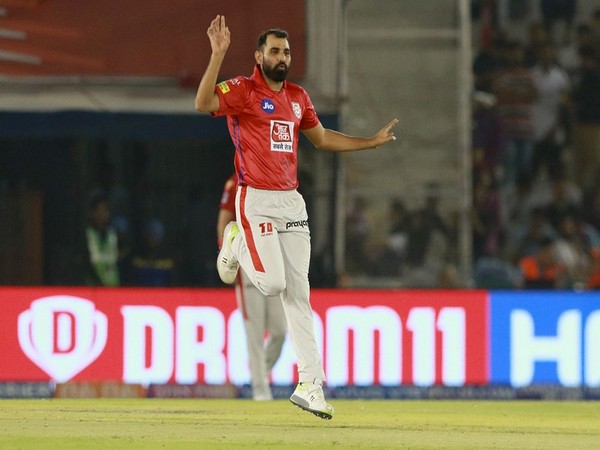 Dubai [UAE], October 3 (ANI): India pacer Mohammad Shami has credited skipper Virat Kohli for giving the pace-attack the freedom to play to their strength and not worry about anything else.
Shami also said that this confidence of Kohli has helped every bowler to perform to the best of their ability.
“I believe as a unit you need to trust one another. I think in international cricket, fast bowlers would definitely perform well when they have the backing from the captain and he is one such personality. Virat loves to take on a challenge. He is clear with what he wants and he gives us the freedom to play to our strength and backs us with our decisions as well which has helped us perform better,” Shami said on ‘Amstrad InsideSport Face 2 Face Cricket Series’.
“We as a unit have always enjoyed each other’s success and if you look at the record of the past few years I think we have one of the best in the history of Indian cricket. We don’t get upset that he got the wicket and I didn’t or that fast bowler is getting more chances. We have always acted like one unit and have been like a family. And appreciating each other’s success is and I guess that’s the main strength of the unit,” he added.
The Indian pace attack has the likes of Shami, Jasprit Bumrah, Navdeep Saini, Bhuvneshwar Kumar, Umesh Yadav, and Ishant Sharma. The pace attack has proven its metal over the years and has been exceptional in some of the Test wins.
“The biggest factor is the culture of motivation and fitness in the team. We have a unit of six-seven fast bowlers who have been playing for the last 5 years and no matter whom you choose they will give their 100%. If we keep on building this culture it is going to hugely benefit the junior levels. This is the basic reason that the reserve fast bowlers, U-19 ones everyone is showing great quality,” said Shami.
Shami, who is currently playing for Kings XI Punjab has been in exceptional form as he has taken eight wickets from four matches. Speaking on his equation with KXIP skipper KL Rahul and head coach Anil Kumble, Shami said: “I have played with KL and I have worked with Anil sir for a long time. And I believe that it gets easier for a captain to manage a player if you have that understanding from a long time. And there are many players who have known each other in the squad. You just have to tell them once and they understand what they are trying it. This has helped us perform well as a unit and one person has to come out as a leader and Rahul is the perfect man for it. He is our keeper also which allows him to have a clear view of everyone.”
ings XI Punjab is currently at the seventh place with two points from four matches.
The side will next lock horns with Chennai Super Kings (CSK) on October 4 at the Dubai International Stadium. (ANI)

Age just a number for some and for others a reason to be dropped: Irfan Pathan

New ball to be used for World Cup knockout stage