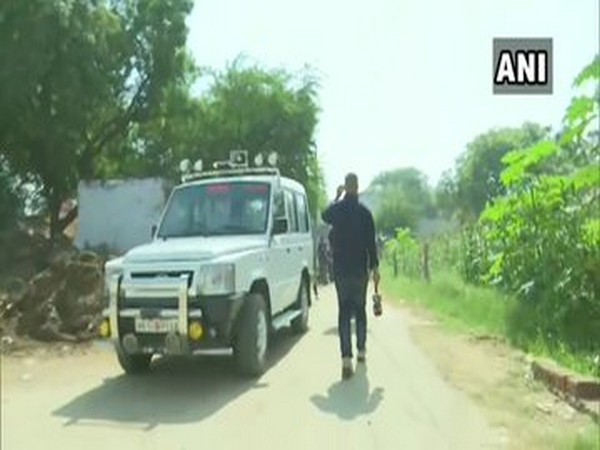 By Joymala Bagchi
Bulgaddhi/Hathras (Uttar Pradesh) [India], October 3 (ANI): Seeking justice for the 19-year-old girl, the family members of the Hathras victim spoke to reporters after two days when the media was allowed to enter their village.
“We want to know whose body was burnt on that day. And if it was our sister’s body then why did they burn her (the body) in this manner? All of us requested the police and the administration to allow us to see her one last time,” said the victim’s brother after the media was allowed in the village and to speak with the victim’s family.
“Moreover, when we requested for the post mortem report, they said you will not understand it as you cannot read English,” the brother told ANI.
As per a source from the family, though the SIT investigation was going on the team did not visit their house or talk to them yesterday. They had talked to them earlier. The SIT team spoke with other people of the village yesterday.
The family complained that they have not been allowed to go out of the house for the last two days and there is a constant presence of police personnel in the house all the time.
“We were not allowed to go outside our house for the last two days. We are still scared,” the brother informed.
“We requested the policemen to let us have some privacy. They were in the house all the time. The administrative officers used to come in and ask us to show our phone. This was the only communication we had with the outer world in the last two days,” victim’s brother added.
Uttar Pradesh Chief Minister Yogi Adityanath on Wednesday constituted a three-member Special Investigation Team (SIT) to probe the Hathras incident.
The SIT team has been speaking with other villagers after they completed their investigation with the family.
Another family member said, “We are being pressurised to settle the case by the ‘village adhikari’. However, all we want is justice.”
“The restriction on the media inside the village has been lifted. Only the media is allowed right now. However, more than five media people are not allowed to gather as sec 144 of CrPC is in place” informed the Sadar Sub Divisional Magistrate (SDM) Prem Prakash Meena.
Media was barred from entering the village since the last two days leading to confusion. Yesterday, Hathras Additional SP Prakash Kumar said, “restriction on the entry of media into the village will stay till the SIT completes its probe there.”
The government has provided the family with an ex-gratia of Rs 25 lakh, one house, a government service under group C category. The family’s demand to hear the case in a fast-track court and SIT investigation has also been accepted.
The Hathras victim died in Delhi’s Safdarjung hospital. The post-mortem report stated that the victim suffered fracture of “C6 cervical vertebra” and there was “extravasations of blood along the fracture line” and the underlying spinal cord was “contused with ascending oedema”. However, there is no mention of rape in the report.
All the four accused in the incident have been arrested. (ANI)

35 percent voting in Delhi till 1 p.m