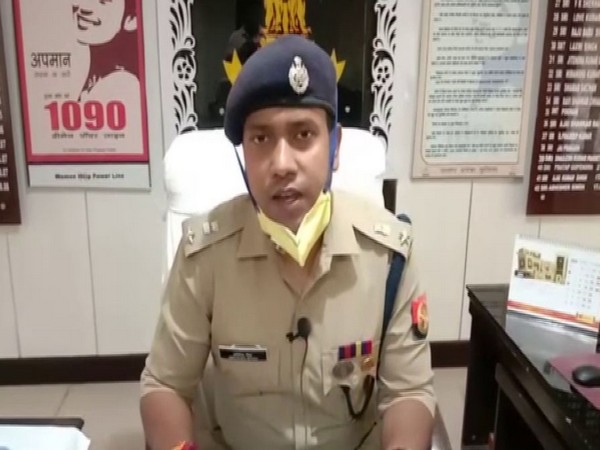 Baghpat (Uttar Pradesh) [India], October 1 (ANI): Police have arrested a boy as a 17-year-old girl attempted suicide by consuming poison on September 27 after purportedly being raped and threatened by him in Uttar Pradesh’s Baghpat, said Abhishek Singh, Superintendent of Police (SP).
The incident occurred on September 27 and a case has been registered into this matter.
“The accused has been booked and arrested. The girl is healthy. Her statement will be recorded,” Abhishek Singh said.
“Yesterday, the victim’s father told the police that their daughter was raped by Wasim, who lives in his neighborhood. The father added that Wasim was threatening her following which the victim consumed poison,” said SP.
“A case has been filed under sections 376, 504, 506 of IPC and 3/4 POCSO Act. The victim’s condition is stable and further investigation is underway,” he added.
The victim’s family admitted her to a private hospital as she allegedly consumed poison after being blackmailed and threatened by Wasim.
When the victim came to her senses, she told her family members about the incident following which they demanded action against the accused in Baghpat Kotwali Police Station. The police, after seeing the seriousness of the case, filed a case in this matter.
Later, the police arrested Wasim, who is a resident of the victim’s village. (ANI)

Tata Capital to pick minority stake in Biocon Biologics for…