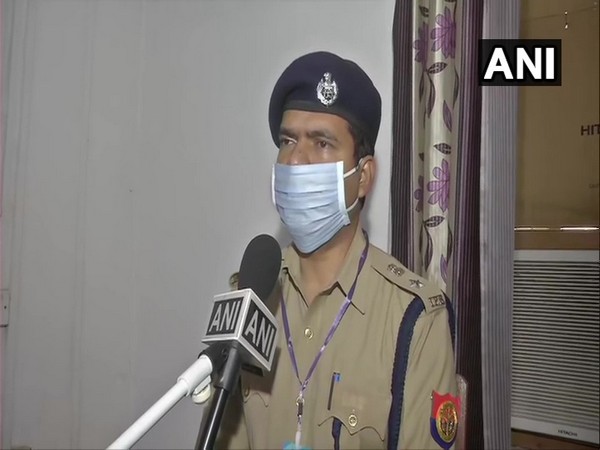 Hathras (Uttar Pradesh) [India], October 1 (ANI): Aligarh hospital’s medical report of the Hathras Dalit woman, who succumbed to an assault by four upper-caste men, did not confirm rape, said Superintendent of Police (SP) Vikrant Vir on Thursday.
“The medical report from the Aligarh Muslim University Medical College mentions that there were injuries but it does not confirm forced sexual intercourse. They’re waiting for a report of the forensics. As of now, doctors say that they’re not confirming rape,” he told ANI.
Before the 19-year-old succumbed to her injuries at Safdarjung Hospital in Delhi on Tuesday, she was undergoing treatment at Aligarh Muslim University Medical College.
The SP added that the Special Investigation Team (SIT), formed by Chief Minister Yogi Adityanath, visited the village and met the victim’s family on Wednesday.
“The three-member team inspected the crime spot. Investigation is on,” the Hathras SP said.
Hathras District Magistrate P Lakshkar said that the SIT was scheduled to meet the victim’s family members again on Thursday. “The borders of Hathras have been sealed and Section 144 of CrPC has been imposed in the district. More than five people are not allowed to gather in Hathras, even media is not be allowed,” he said, adding he had no information about Priyanka Gandhi Vadra’s visit. On Wednesday, Vadra had tweeted that she was planning to meet the 19-year-old woman’s family.
Meanwhile, the Uttar Pradesh government on Wednesday announced that the kin will be given Rs 25 lakh as ex-gratia, a house, and a government job for one of the family members.
The government has said the matter will be heard in a fast-track court.
Uttar Pradesh Chief Minister Adityanath also spoke to the family of the victim through videoconferencing. (ANI)