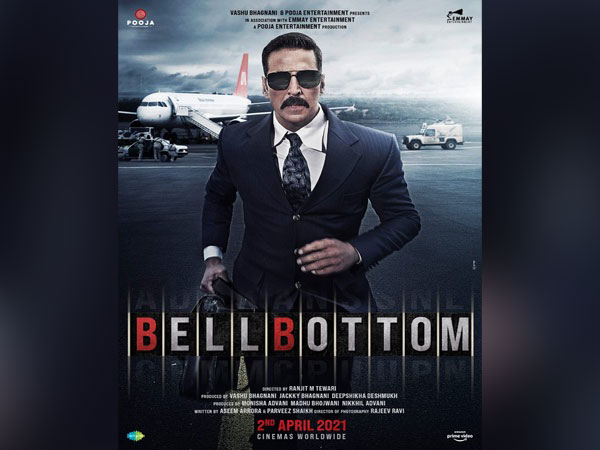 New Delhi [India], October 1 (ANI): Two days after announcing a wrap of his upcoming spy-thriller ‘Bell Bottom,’ actor Akshay Kumar on Thursday dropped the poster of the film.
The poster sees the superstar all suited up as a detective and walking with a sturdy look on his face.
Akshay is seen wearing black aviators with a suitcase in his hand while the background has a landed airplane.
“Alone we can do so little, together we can do so much. Its teamwork and I am grateful to each and every member of the cast and crew. #BellBottomCompleted. Here’s the poster,” he wrote in the caption.
With the completion of the shoot of the film, ‘Bell Bottom’ has also become the first and the last film in the world to start and finish shooting during the coronavirus pandemic.
The film finds itself in the company of a handful of international, mega-budget films that got back on the floors during the pandemic such as Tom Cruise’s ‘Mission: Impossible 7’ and ‘Jurassic Park: Dominion,’ managing to shoot in an unprecedented environment.
In the process, ‘Bellbottom’ has become the first of these films to complete shooting the entire film. (ANI)