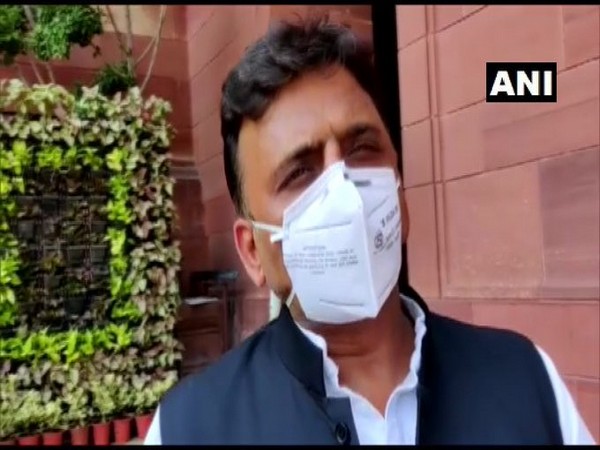 Lucknow (Uttar Pradesh) [India], September 30 (ANI): Samajwadi Party president Akhilesh Yadav on Wednesday accused the state government of conducting the last rites of the Hathras victim without her family’s permission “to erase the evidence”.
“The way the last rites of the Hathras rape-murder victim was conducted by police under pressure from the state government was against principles. It is a blasphemous act to erase the evidence. The BJP government has committed sin and crime by doing so,” the former chief minister tweeted.
A number of news reports had earlier said that the police cremated the girl despite protests by her family members who wanted to take the body home.
Hathras Joint Magistrate Prem Prakash Meena said that the last rites of the victim were performed by the police to avoid any blow-up, threatening peace in the village.
“The last rites of the victim have been performed keeping in mind the volatile situation here. Four accused have already been arrested. Police and administration will ensure that the perpetrators of the crime are brought to justice,” he said.
The victim’s body reached here from Delhi’s Safdarjung Hospital after midnight.
The 19-year-old died in Safdarjung Hospital on Tuesday after she was allegedly gang-raped and assaulted in Hathras a fortnight ago. The victim was brought to Safdarjung Hospital on Monday from Aligarh Muslim University Medical College.
The Hathras district administration on Tuesday said a compensation of Rs 10 lakh will be provided to the victim’s family. “The state government has already given a compensation of Rs 4.12 lakh to the family,” the district magistrate tweeted. (ANI)

Coronavirus in Illinois updates: Here’s what’s happening Friday with COVID-19 in the…