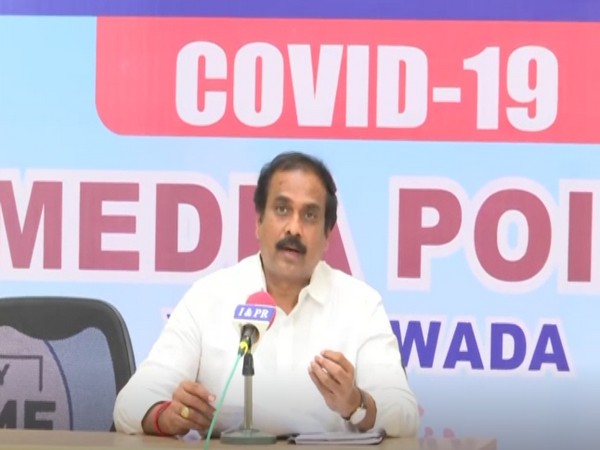 Amaravati (Andhra Pradesh) [India], September 29 (ANI): Andhra Pradesh Agriculture Minister Kurasala Kannababu on Tuesday lambasted Telugu Desam Party (TDP) chief N Chandrababu Naidu of indulging in “religious politics” while alleging that people associated with the TDP were behind the recent attacks on temples and their assets in the State.
Speaking to media, the minister said, “In recent times, many temples are attacked. We have the information that persons related to the TDP are involved in most of the incidents. Yet, Chandrababu Naidu is playing religious politics with an ulterior motive of demeaning the YSRCP government,” he said.
Responding to TDP’s demands towards the enumeration of crop losses due to floods, Kannababu said that the State continues to reel under flood and the Andhra government will take up enumeration at the appropriate time.
On TDP’s allegation that the YSRCP government’s newly launched ‘Jala Kala’ scheme was their old scheme with a changed name, he said, “We have started ‘Jala Kala’ scheme for drilling bore wells free of cost for poor farmers with Rs 2700 crores. TDP is claiming that we have changed the name of TDP scheme. But the reality is that TDP has never laid even a single borewell when they were in power.” (ANI)

Kohli once again amidst verbal barrage