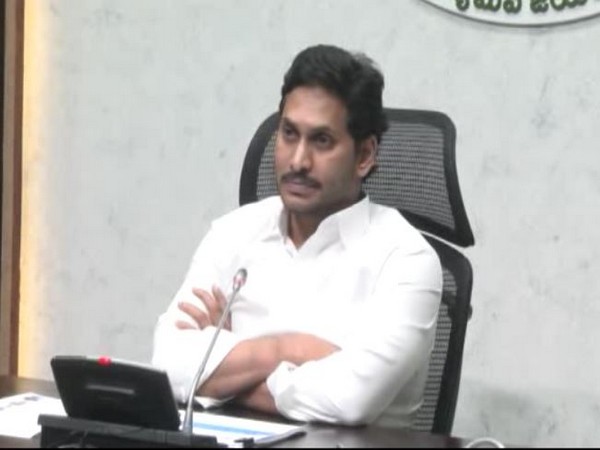 Amaravati (Andhra Pradesh) [India], September 29 (ANI): Schools in Andhra Pradesh will reopen on November 2, chief minister YS Jagan Mohan Reddy announced here on Tuesday.
The chief Minister during a Spandana video conference said that the postponement decision was taken keeping in view of the COVID pandemic situation across the State.
“Earlier, it was decided that all the schools will reopen from October 5 and Vidya Kunuka kits would be distributed on the same day. However, the kits would be distributed as scheduled on October 5. Each kit consists of cloth for three pairs of uniforms, textbooks, notebooks, a pair of shoes, two pairs of socks, a belt and a school bag,” the chief minister said.
Reddy directed officials to focus on completing the first phase of work for Nadu Nedu (Then and Now) at the earliest possible.
“In the first phase, 15,715 schools were identified, where 10 facilities will be provided in the schools. So far, of the total 15,715 schools, the works are in progress in 15,562 schools, while in 153 schools the works are yet to be started. The officials informed that slab work has to be done in 701 toilets. The officials have been instructed to complete all the works as early as possible and Joint Collectors were told to monitor the works on a daily basis,” said the release.
Reddy further said the beside the distribution of Jagananna Vidya Kanuka on October 5, the distribution of RoFR pattas to the tribals in 35 scheduled zones would also take place on October 2, commemorating Gandhi Jayanti.
“In regard to Anganwadi centres, as 27,564 centres are being operated in rental spaces, the officials were told to shift them into permanent buildings. So far land identification was done in 14,738 places and for 12,826 centres, suitable lands are yet to be identified,” the release said. (ANI)

US bans new investments in Crimea