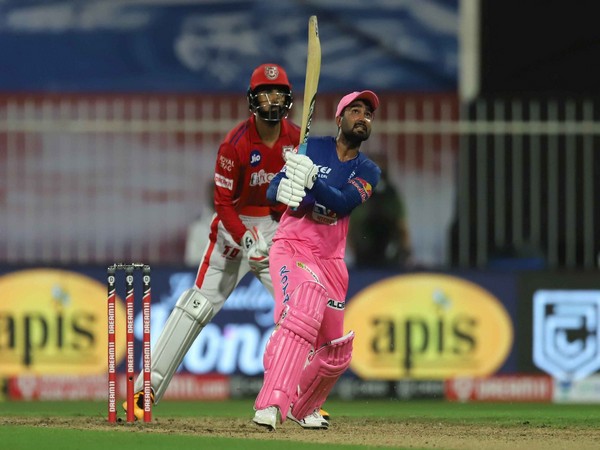 Dubai [UAE], September 29 (ANI): Rajasthan Royals all-rounder Rahul Tewatia on Tuesday said that pitches in the UAE might offer assistance to spinners in the later stages of the tournament.
UAE pitches are generally on the slower side and Tewatia feels that the wicket will become slow due to the hot climate as the tournament progresses.
“I do not think Sharjah had a spinner friendly wicket as the ground was also small. Every bowler has a role when our spinners were going for runs, our medium pacers brought us back into the match,” said Tewatia in a virtual press conference.
“At the end of the showpiece event, spinners might get some help from the wicket as it will become slow due to the humid weather later in the tournament. However, everyone needs to do their role and then only the team can win,” he added.
Tewatia was the star of the match between the Royals and Kings XI Punjab on Sunday. The left-handed batsman came out to bat at number four and was struggling at one stage as he had scored just 13 runs off the first 19 balls.
Rajasthan have won their opening two matches in the ongoing edition of the IPL. The side will next lock horns with Kolkata Knight Riders on September 30. (ANI)