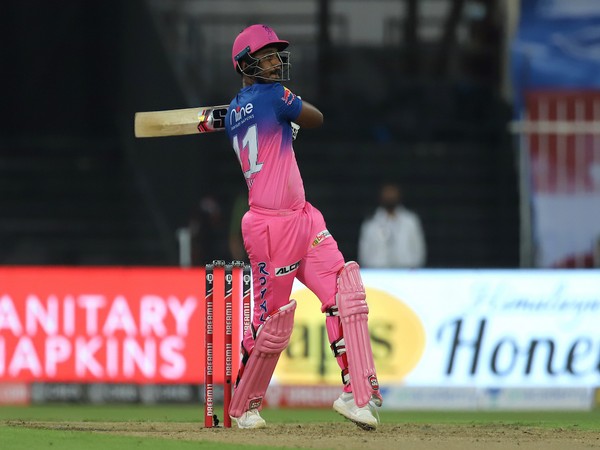 Dubai [UAE], September 29 (ANI): Rajasthan Royals star batsman Sanju Samson on Tuesday revealed that how Indian skipper Virat Kohli’s advice changed his attitude towards the game.
Samson had played a knock of 85 runs against Kings XI Punjab as Rajasthan Royals chased down a target of 224 with four wickets in hand and three balls to spare. The wicket-keeper batsman has been in brilliant form.
“[I had] one amazing experience when I was in the Indian team. I was in the gym training with Virat Bhai (Kohli). I kept asking him why he puts so much energy into fitness, I kept asking him a lot of different questions,” said Samson in a virtual press conference.
Then he (Kohli) asked me, ‘Sanju how many years will you be playing?’ And I said, ‘I am 25 now so for ten years or so’
He told me, “Then give everything to these ten years and you can have your favourite food from Kerala after that, but you will not be able to play cricket after these ten years so why do not you give whatever you have in these ten years?’
Samson said that this advice from Kohli changed his perspective towards his game.
“That changed the perspective of my dedication to cricket. I was really happy to hear that from him,” he said.
Rajasthan has won their opening two matches in the ongoing edition of the Indian Premier League (IPL). The side will next lock horns with Kolkata Knight Riders on September 30. (ANI)