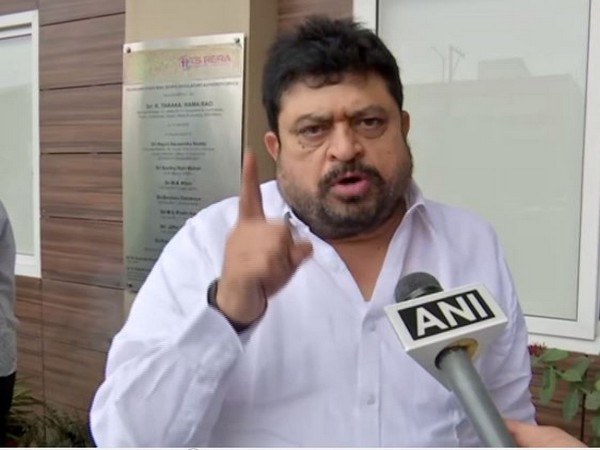 Hyderabad (Telangana) [India], September 29 (ANI): Bharatiya Janata Party (BJP) MLC N Ramachander Rao on Tuesday said that his party has demanded from the Telangana Election Commission to use Electronic Voting Machines (EVMs) in the Municipal Corporation election for Hyderabad, Warangal and Khammam in the state. He also alleged that TRS and AIIMIM are involved in the rigging of elections.
“The Municipal Corporation election for Hyderabad, Warangal and Khammam of Telangana are pending. BJP and other political parties were asked by the State Election Commission to give their opinion regarding the choice of voting whether it should be EVM or ballot paper. We demand EVMs should be used, not ballot paper. That is our stand and we have given this to the State Election commission today,” Rao told ANI.
“We feel that Hyderabad is known as IT hub. The technological growth and technological usage are much popular and prevalent in Hyderabad and Telangana. So under these circumstances, EVM is best for elections. Moreover, Bihar has also opted for EVMs for its upcoming elections taking all COVID-19 measures,” he added.
Rao alleged that Telangana Rashtra Samithi (TRS) and the All India Majlis-e-Ittehad-ul-Muslimeen (AIMIM) are involved in elections rigging.
“Both the TRS and AIMIM are demanding for the usage of ballot paper only for the fear that they are going to lose elections. If EVMs are used, there will be no scope for ‘rigging’. TRS which is in the Government, may misuse the office and go for large scale rigging, and it is possible only with ballot paper. The Majlis party (AIMIMI) is known for rigging. Therefore, we are opposing the use of ballot paper. We want EVMs to be implemented,” he added.
The BJP MLC said that the use of ballot paper in the voting process involves a lot of employees. The paper will go through many hands and it has to be taken care of those things. In EVM, one finger is enough and it will have less human interaction and will be in line with COVID-19 guidelines.
The present term of the elected bodies of Khammam and Warangal civic bodies is up to March 14, 2021 whereas in Greater Hyderabad Municipal Corporation (GHMC) it is till February 10 2021. (ANI)

Jaya Bachchan to campaign against Amar Singh for April 24…

TV is as good or even better than films: Ashish