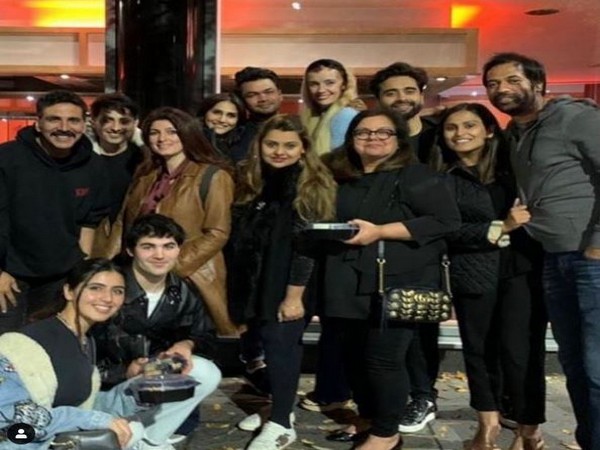 Mumbai (Maharashtra) [India], September 29 (ANI): By sharing an all-smiles picture with the film’s team, Megastar Akshay Kumar on Tuesday announced wrap on Glasgow shooting schedule for his upcoming spy-thriller ‘Bell Bottom’.
The ‘Good Newwz’ actor posted a picture on social media featuring his wife Twinkle Khanna and some of the cast members and announced the end of Glasgow shooting schedule of the film. He also announced that the team is moving to London for the shooting of another sequence of the film. 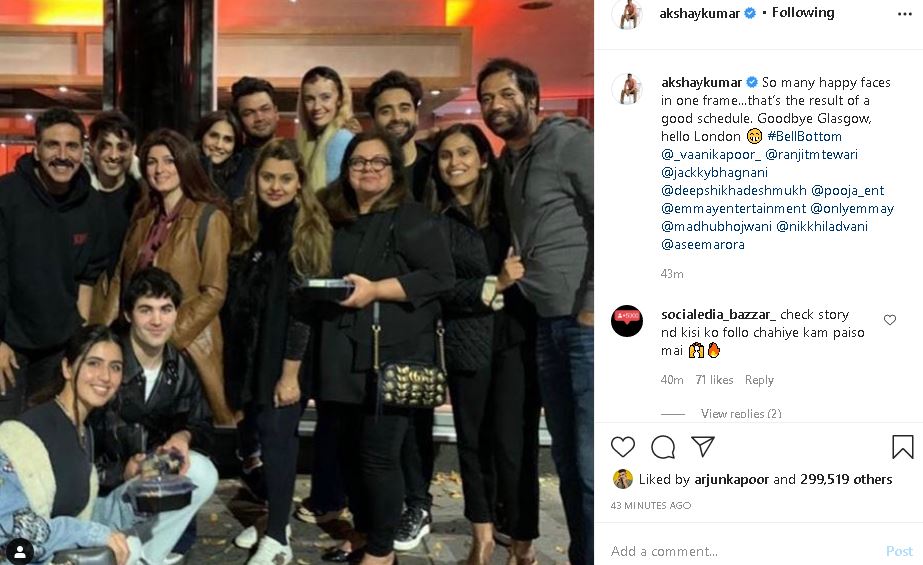 “So many happy faces in one frame…that’s the result of a good schedule. Goodbye Glasgow, hello London,” wrote Akshay as he captioned the picture on Instagram.
The ‘Namaste London’ actor who is known for his well-disciplined routine, broke his cardinal rule of working only eight hours a day and recommended the team ‘Bell Bottom’ to pull off a double shift.
Aware of the precious time lost to the initial 14 days of quarantine after landing in Scotland, Akshay realised the financial hit the producers would have to take, given the huge size of the unit. That’s when he decided to break his cardinal rule of working eight hours a day, after 18 years, only for Pooja Entertainment’s film ‘Bell Bottom.’
The spy-thriller movie, directed by Ranjit M Tewari is slated for release on April 2, 2021. The movie also features Vaani Kapoor, Lara Dutta and Huma Qureshi in pivotal roles. Akshay released the first poster of the film in November, last year. (ANI)

DMK wants action against TN CM for misuse of Secretariat