No decision yet on contesting Bihar assembly polls: Gupteshwar Pandey 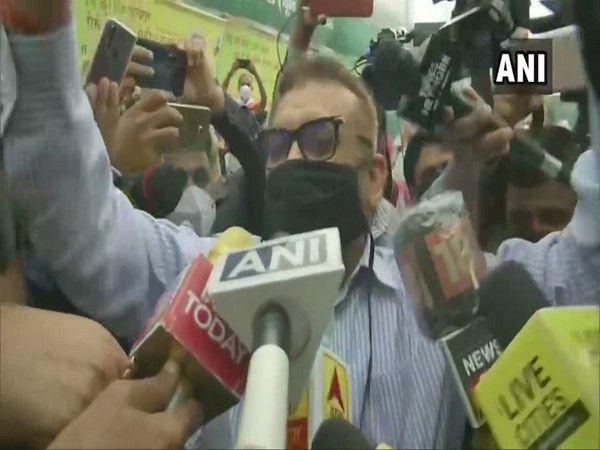 Patna (Bihar) [India], September 26 (ANI): Former Director-General of Police (DGP) Bihar, Gupteshwar Pandey on Saturday said that he has not taken any decision on contesting the upcoming Bihar assembly elections.
“I came here to meet Chief Minister Nitish Kumar and to thank him as he gave me absolute freedom to serve my duties as DGP. I have yet not taken any decision on contesting polls,” he said while speaking to the media.
Pandey on Wednesday had said that he would enter politics only if the people of his home district Buxar want him to do so.
“People have been coming to me in large numbers from Begusarai, Sitamarhi, Shahpur and several other districts, telling me that if I wish to enter politics then I should contest election from their district. Buxar is my home district where I was born and brought up. It will be a decision by them. If they want me to, then I may enter politics” he had told ANI.
Pandey quit as DGP after his request for voluntary retirement was approved on Tuesday by the Bihar government, which waived a three-month mandatory cooling-off period.
Bihar assembly elections will be held in three phases with polling to take place on October 28, and November 3 and 7, with the counting of votes to take place on November 10, according to Chief Election Commissioner Sunil Arora. (ANI)

Priyanka Bose shies away from roles that involve misogyny

Australia ‘A’ recover after Ojha strikes for…