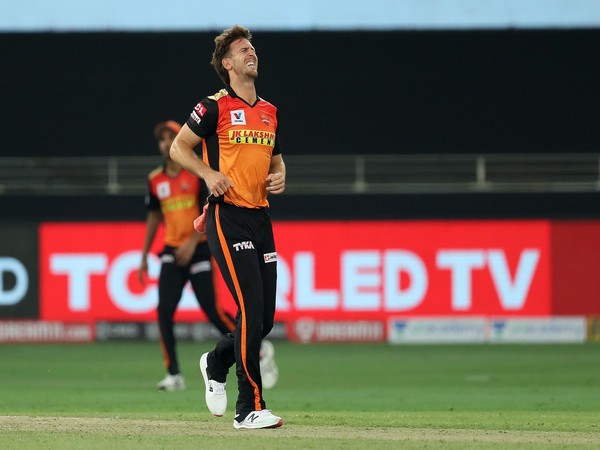 Melbourne [Australia], September 26 (ANI): All-rounder Mitchell Marsh avoided being stuck in a Dubai hotel room as he secured a flight to head back to Australia.
Marsh who was playing for SunRisers Hyderabad (SRH) was ruled out of the Indian Premier League (IPL) after suffering an ankle injury in the match against Royal Challengers Bangalore (RCB).
The all-rounder was facing a prospect of being forced to remain in the UAE given the current difficulties of arranging international travel at short notice, cricket.com.au reported.
As per a report in cricket.com.au, a Cricket Australia spokesperson has confirmed that Marsh managed to secure a flight back to Perth which will arrive later today. After reaching Perth, he will begin a 14-day quarantine period on arrival.
Earlier this week, SRH had announced that Windies Test skipper Jason Holder will be replacing all-rounder Mitchell Marsh in the squad for the ongoing IPL.
In the match against RCB on Monday, Marsh had gone down in his first over. He had come on to bowl in the fifth over of the RCB innings, but on the second ball of the over, he seemed to have twisted his ankle. He bowled two more balls but eventually decided to walk off the pitch.
The right-handed batsman then came out to bat at number 10 and was visibly limping. However, he was dismissed on the very first ball he faced, and as a result, SRH stumbled to a 10-run loss.
SRH lost their opening match against RCB and now the side will lock horns with Kolkata Knight Riders later today. (ANI)