You didn’t deserve to be thrown out: Messi slams Barcelona over Suarez exit 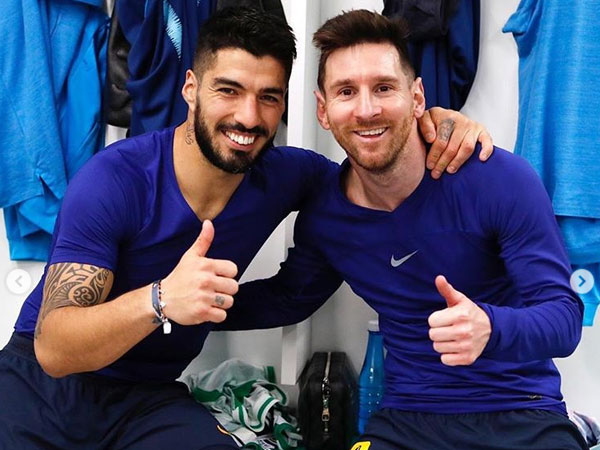 New Delhi [India], September 25 (ANI): Striker Lionel Messi has hit out on Barcelona after the teammate Luis Suarez’s exit from the club and said he did not “deserve to be thrown out”.
Suarez, who is Barcelona’s third-highest scorer, joined Atletico Madrid on Thursday.
Commenting on Suarez’s move, Messi said he was ‘thrown out’ of the club where the Uruguayan striker achieved great things for the team and on an individual level.
The Barca superstar has posted on Instagram: “I had already begun to imagine it but today I went into the dressing room and it truly dawned on me. It’s going to be so difficult to not continue to share every day with you both on the pitches and away from them.”
“We’re going to miss you so much. We spent many years together, many lunches and many dinners. So many things we will never forget, all the time we spent together. It will be strange to see you in another shirt and much more to come up against you on the pitch. You deserved a farewell that fit with who you are: one of the most important players in the history of the club. Someone who achieved great things for the team and on an individual level.”
“You did not deserve for them to throw you out like they did. But the truth is that at this stage nothing surprises me anymore,” the post added.
The two Spanish sides came to terms on a deal for the Uruguayan star and Atletico Madrid will be playing six million euros to avail the services of Suarez.
Suarez had joined Barcelona in 2014. He scored 198 goals in 283 games for the Catalan side and he also earned the Golden Shoe as Europe’s top scorer after scoring 59 total goals in 2015-16.
With Barcelona, Suarez won four La Liga titles and a Champions League. He’ll now join Diego Simeone’s Atletico Madrid. Suarez scored 21 goals in 36 games for Barca during the 2019-20 season. (ANI)

BJP’s CEC to meet today to discuss candidate list for…