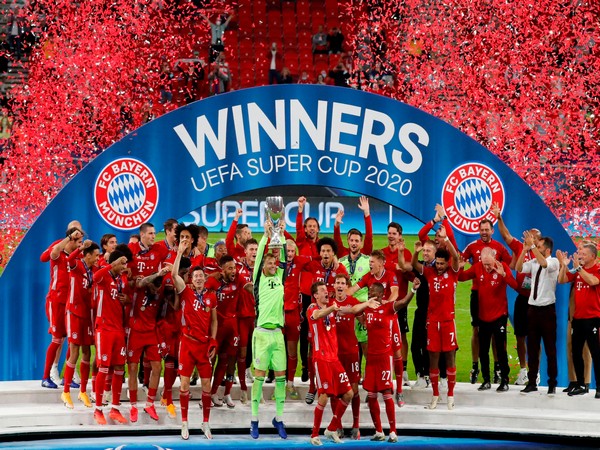 Budapest [Hungary], September 25 (ANI): After winning the UEFA Super Cup, Bayern Munich’s Manuel Neuer said his side was in control throughout the match against Sevilla and “deserved to win”.
“Sevilla are a good team, their coach prepared them well, they worked as a unit. It’s not so easy to play against them. We deserved to win because we were always in control. We can be proud of our performance, we deserved the victory,” the club’s official website quoted Meuer as saying.
Bayern Munich secured a 2-1 win in the match here on Friday against Sevilla. Bayern Munich suffered an early setback when Lucas Ocampos converted a penalty, but Leon Goretzka scored an equaliser.
With no goals to come in the second half despite Bayern’s dominance, the contest went into extra-time. Javi Martinez’s goal, in the 104th minute, sealed the UEFA Super Cup title for Bayern Munich.
Reflecting on the win, manager Hansi Flick said: “The team has an inspiring attitude, not only on the pitch but also in training. The way Lewandowski assisted the equaliser to make it 1-1 is an absolute joy. In the end, the team got over the line. That certainly was a hurdle.” (ANI)

We oppose farm Bills, MVA also against it: Balasaheb Thorat

On this day in 1983: Kapil Dev played swashbuckling knock of…