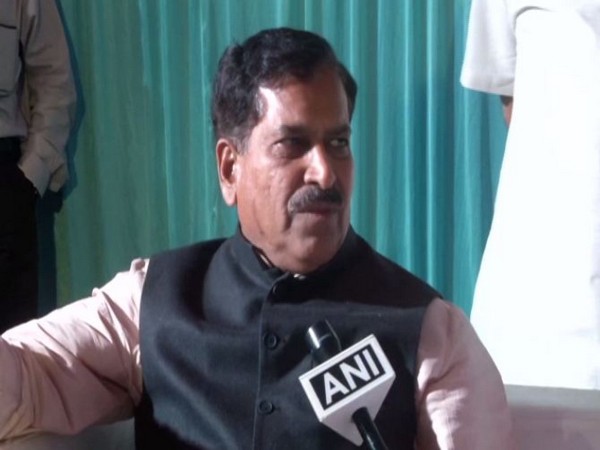 New Delhi [India], September 24 (ANI): The Union Cabinet condoled the demise of Central Minister Suresh C Angadi, with the observation of two minutes silence in his memory.
Angadi, Union Minister of State for Railways, passed away on Wednesday after battling COVID-19. He tested positive for the virus on September 11.
“The Cabinet expresses profound sorrow at the sad demise of Suresh C Angadi, Union Minister of State for Railways on September 23 at New Delhi. In his passing away, the nation has lost an eminent leader, an educationist, a distinguished parliamentarian and an able administrator,” a statement from the Union Cabinet said.
“The Cabinet extends its heartfelt condolences to the bereaved family on behalf of the government and the entire nation,” it added.
Born on June 1, 1955, at KK Koppa village in Belagavi district of Karnataka, Angadi completed his graduation from the SSS Samithi College, Belagavi and thereafter obtained a degree in Law from Raja Lakhamgouda law College, Belagavi.
A member of the Bhartiya Janata Party, he became Vice- President of a Party’s Belagavi District unit in 1996. He was nominated as President of the Belagavi District Unit in 2001 and continued to hold that post until he was nominated as Party’s candidate for the Belagavi Lok Sabha Constituency in 2004. He won by a large margin and became a member of the 14th Lok Sabha. He was re-elected to the Lok Sabha from Belagavi in 2009, 2014 and 2019.
In May 2019, Angadi became Minister of State for Railways. (ANI)

‘Nach Baliye 6’ about passion, not vulgarity:…

Do not disturb Clooney!

Asked Wade to have lunch with me after they lose: Jadeja