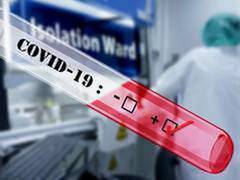 Jammu (India) September 25 (ANI): Acting on the findings of an inquiry committee probing into the death of a patient at Government Medical College Hospital (GMC), Jammu, due to shortage of oxygen on Tuesday, the union territory administration on Wednesday suspended Medical Officer Dr Deepak Kumar, who had responsibilities for managing the oxygen supply, and Tejinder Singh Soodan, in-charge Executive Engineer of Hospital Division.
“There has been mismanagement on part of the hospital administration and officers at the helm of affairs have been dealing with the situation in a very casual and unprofessional manner…and the available resources have not been put to optimal use,” the inquiry committee report said.
Kumar, who was in-charge Deputy Medical Superintendent at the super specialty hospital, Jammu, will remain attached with the health services director of Jammu during his suspension while Soodan will remain attached with the office of Chief Engineer, Mechanical Engineering Department, Jammu.
Kumar has been replaced by Dr Harjeet Rai, Officer on Special Duty in the Health and Medical Education Department.
The probe committee report noted that there has been a lack of coordination between the hospital administration and its mechanical engineering wing. “This mismanagement has led to the poor service delivery system…particularly (to) the patients suffering from COVID-19,” it said. (ANI)

Will auction coal blocks if cancelled, centre to SC

Brexit today – as it happened: EU leaders give Theresa May…