Sensex crashes by 1,115 points on panic selling amid global sell-off 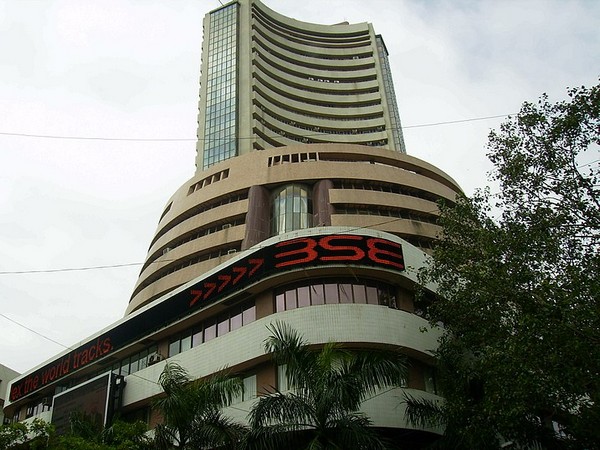 Mumbai (Maharashtra) [India], September 24 (ANI): Equity benchmark indices crashed by nearly 3 per cent on Thursday following a rout in US stocks overnight while investors also battled worries over resurging COVID-19 cases in European cities.
US stocks cracked after several Fed officials suggested the US economy was worse than the market was pricing in. Besides, countries including the United Kingdom, France, Spain and the Netherlands are seeing re-emergence of virus hotspots that may lead to fresh curbs on movement and businesses.
The BSE S&P Sensex closed 1,115 points or 2.96 per cent lower at 36,554 while the Nifty 50 tumbled by 326 points or 2.93 per cent at 10,806.
All sectoral indices at the National Stock Exchange were in the red with Nifty metal down by 4.3 per cent, IT by 4.2 per cent, PSU bank by 3.9 per cent and auto by 3.6 per cent.
Among stocks, Bajaj Finance, Tata Motors, IndusInd Bank and Mahindra & Mahindra suffered losses of over 6 per cent. UPL, IndianOil Corporation, Tata Consultancy Services, Tech Mahindra and Tata Steel shed between 4.6 and 5.4 per cent.
However, those which gained marginally were Bharti Infratel, Hindustan Lever and Zee Entertainment.
Meanwhile, Asian markets fell following a slump on Wall Street overnight. A series of warnings from US Federal Reserve officials over the resilience of economic recovery left investors nervous.
Investor sentiment was weighed down by concerns that US economic recovery is slowing as the coronavirus outbreak lingers while a renewed wave of Covid-19 cases in Europe could lead to reimposed travel restrictions in several countries.
Hong Kong’s Hang Seng fell by 1.82 per cent, Seoul’s Kospi sank 2.59 per cent and Japan’s Nikkei fell 1.11 per cent. (ANI)

President to address students via video-conferencing

Jimmy Neesham lists 3 New Zealand attributes that have made…