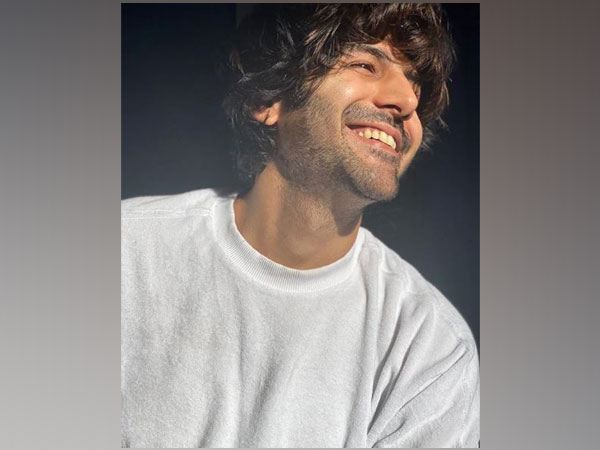 Mumbai (Maharashtra) [India], September 24 (ANI): Actor Kartik Aaryan on Thursday treated fans to an adorable all smiles selfie. The picture features the actor smiling brighter than the morning sun.
The ‘Pati Patni Aur Who’ actor posted a picture on Instagram wherein the actor charmed his fans with his captivating smile. In the picture, Kartik is seen sporting a white crew-neck T-shirt, as he candidly posed for the camera. The ‘Sonu Ke Titu Ki Sweety’ actor captioned the picture as, “What can be more contagious than a smile.” 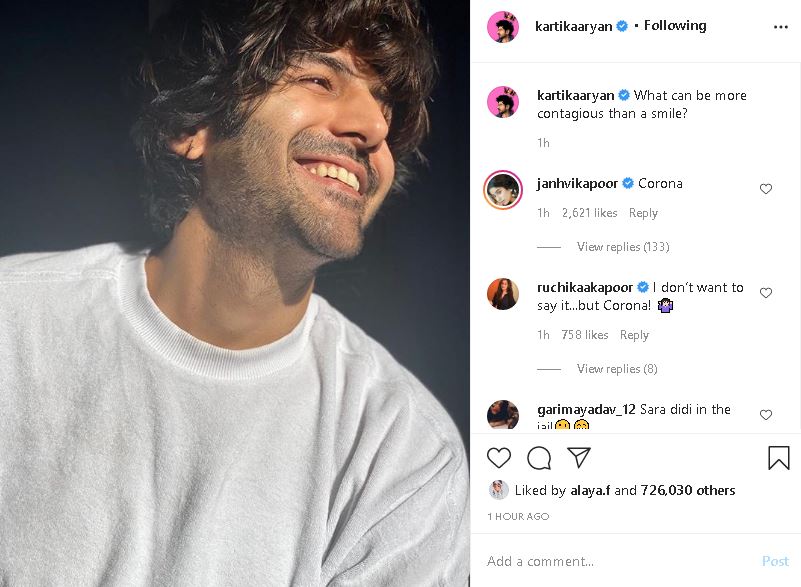 Taking to the comments section, Janhvi Kapoor hogged the limelight as well as she managed to troll Kartik with just one comment. The ‘Gunjan Saxena: The Kargil Girl’ actor commented “Corona”.
The post garnered more than 7 lakh likes on the photo-sharing platform within an hour of being posted.
Lately, the ‘Pyaar Ka Punchnama’ star has been updating fans of his activities by posting pictures and videos.
Recently, Kartik Aaryan took to Twitter to post a photograph where he is seen sitting next to a cute kitten.
Sported in a pink hoodie and ripped jeans, the ‘Love Aaj Kal’ actor gave a candid shot and in the caption, he wrote: “Tom and Jerry waiting for vaccine”, adding a hashtag of ‘social distancing’ as the country is fighting against COVID-19. (ANI)

Libas enters into a JV with Flex Wheeler