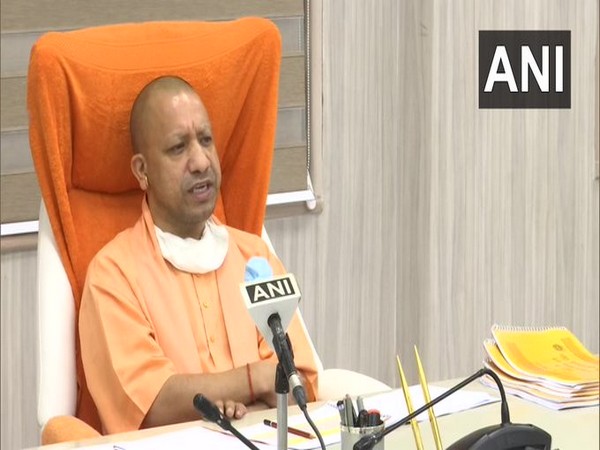 Kanpur (Uttar Pradesh) [India], September 25 (ANI): Uttar Pradesh Chief Minister Yogi Adityanath on Thursday reviewed the development projects of Kanpur division and announced that the city will soon have a magnificent riverfront along Ganga river.
Recalling the last visit of Prime Minister Narendra Modi to Kanpur, Yogi said: “The Prime Minister was all praise for clean water of Ganga so we give him the gift of riverfront in consonance with his feelings towards Ganga.”
He said that Ganga river touches many districts of this division hence the projects under ‘Namami Gange’ should be implemented in an effective manner. He then directed the officials to prepare an action plan to immediately construct a grand riverfront along Ganga besides expeditious implementation of ‘Namami Gange’.
The Chief Minister reviewed the development projects of Kanpur division comprising Kanpur Nagar, Kanpur Dehat, Kannauj, Farrukhabad, Auraiya and Etawah through video conferencing. There are 30 mega-projects with the cost of over Rs 50 crore each in the division.
UP Agriculture Minister Surya Pratap Sahi and Panchayati Raj Minister Bhupendra Chaudhary along with all the public representatives of the division were present in the meeting presided over by the Chief Minister.
The Chief Minister also asked officials to speed up Smart City projects and the Metro project in Kanpur and pointed out that the under-construction Bundelkhand Expressway will pass through Etawah and Auraiya districts of the division. This will give a fillip to the economic growth of the state, he said.
He directed the officials to start construction work on Kanpur Dehat Medical College. He also asked to reduce COVID death rate in Farrukhabad district and instructed that every bed in the hospitals should have an oxygen supply.
Adityanath further said that Kanpur continues to be a COVID-19 hotspot and the next six months are still crucial. “The one-third of the total COVID tests per day should be conducted through RT-PCR and the rest by Rapid Antigen method.”
The Chief Minister laid stress on the hundred per cent Geo-tagging of toilets constructed under PM Awas Yojana, CM Awas Yojana or Swachha Bharat Mission. He asserted that the money meant for development should not be used elsewhere otherwise it will invite stringent action from the government (ANI)

BJP candidate in Karnataka quits party, back in Congress