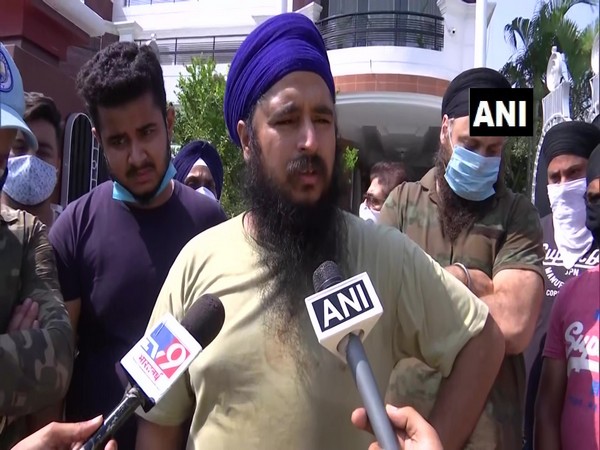 Jammu (Jammu and Kashmir) [India], September 25 (ANI): The son of BJP Councillor Khag Bhupinder Singh, who was shot dead by terrorists outside his residence, demanded the government to conduct a probe in the matter.
“It was a cowardice act. I appeal to the government to conduct an inquiry into my father’s death. When such killings took place in the past, we asked him to quit as a councillor but he refused,” Balwinder Singh, son of Block Development Council (BDC) Chairman Khag Bhupinder Singh said.
Earlier, a relative of Bhupinder Singh also demanded a probe into the matter.
Speaking to ANI Amarjeet Singh Chopra, a relative of the deceased said, “He was an honest man and he always helped everyone. He was very hardworking and through this, he created his social image. We request the government to launch a probe into the matter.”
On September 23, Block Development Council (BDC) Chairman Khag Bhupinder Singh was killed by terrorists in Jammu and Kashmir’s Budgam district.
The incident took place at around 7.45 pm when terrorists opened fire at Singh who died on the spot. (ANI)

Chris Noth shocks fans by shaving his head amid quarantine