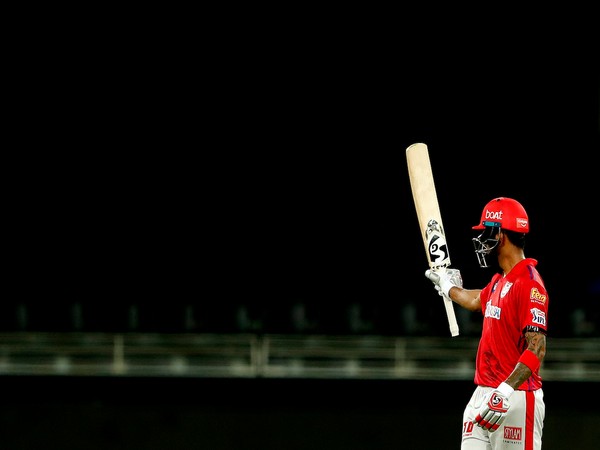 Dubai [UAE], September 25 (ANI): Mumbai Indians’ Rohit Sharma on Thursday praised KL Rahul’s “classy hundred” as the latter guided Kings XI Punjab (KXIP) to a massive win against Royal Challengers Bangalore (RCB).
Rahul played an unbeaten knock of 132 runs off just 69 balls as he helped his side post a huge target of 207 for the Virat Kohli-led RCB.
Impressed with Rahul’s match-winning knock, Sharma wrote on Twitter: “Some solid shots there by @klrahul11 classy hundred.”
With this knock, Rahul also achieved the highest individual score by an Indian player in the Indian Premier League (IPL).
Rahul, who was two runs short of 2,000 runs in the IPL when he opened Punjab’s innings, also became the fastest Indian to reach the 2,000-run mark in the tournament.
He broke an eight-year-old record held by Indian batting legend and former Mumbai Indians player Sachin Tendulkar, who reached the milestone in 63 innings. Rahul achieved the feat in his 60th IPL innings.
KXIP secured a 97-run win in the match as RCB were all out on 109 runs. Ravi Bishnoi and Murugan Ashwin took three wickets each in the match.
This was KXIP’s first win in this year’s IPL as they had suffered a defeat in their opening match. Delhi Capitals had defeated KXIP in the Super Over.
Rahul’s men will now take on Rajasthan Royals on September 27 at Sharjah Cricket Stadium. (ANI)

US stocks closer higher amid Fed’s signals of gentler…