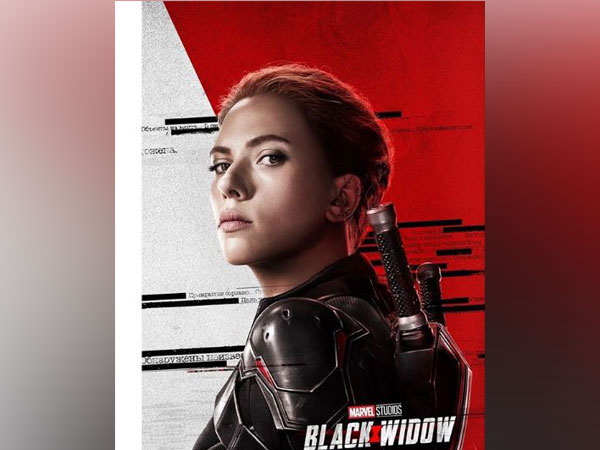 Washington [US], September 24 (ANI): Disney is pushing 2020 event movies ‘Black Widow’ and ‘West Side Story’ to next year amid challenges posed by the ongoing novel coronavirus pandemic.
According to The Hollywood Reporter, Marvel’s female superhero movie starring Scarlett Johansson as Black Widow had been set to hit the big screen on November 6. It will now open May 7, 2021.
Marvel’s ‘Shang-Chi’ and ‘the Legend of the Ten Rings’ is being pushed from the May 7 date to July 9, 2021. (Marvel’s ‘Eternals’ also has a new date.)
Helmed by Steven Spielberg, ‘West Side Story’, from 20th Century and Amblin, is being delayed almost an entire year, moving from December 18 to December 10, 2021.
As per The Hollywood Reporter, Disney isn’t giving up its seat at the 2020 Christmas table entirely and is relocating 20th Century’s ‘Death on the Nile’ from October 23 to December 18.
‘Black Widow’s’ exit from the early November calendar is bad news for exhibitors who need tentpoles as they reopen. One bit of good news for theatre owners: Pixar’s ‘Soul’ is sticking to its November 20 theatrical release date, while 20th Century’s ‘Free Guy’, starring Ryan Reynolds, is keeping its December 11 date. Nor were any of the films mentioned in Tuesday’s announcement being sent to Disney+, as ‘Mulan’ was.
According to The Hollywood Reporter, the latest round of changes to Disney’s calendar underscores the continuing challenges facing the box office amid the ongoing pandemic, as well as production delays. They also follow the muted box office performance of Christopher Nolan’s ‘Tenet’ in the U.S.
Cinemas in some top markets are not even open yet in the U.S., and there is growing concern about a second wave of COVID-19 cases this fall and winter, both domestically and abroad.
Elsewhere on Disney’s calendar, ‘The King’s Man’ is being moved up from February 26, 2021, to February 12, 2021. The latter had been the home of Marvel’s ‘Eternals’, which is moving to November 5, 2021.
Among 20th Century and Disney titles, ‘The Empty Man’ is moving up from December 4 of this year to October 23, while ‘Deep Water’ is being delayed from November 13 of this year to August 13, 2021. (ANI)