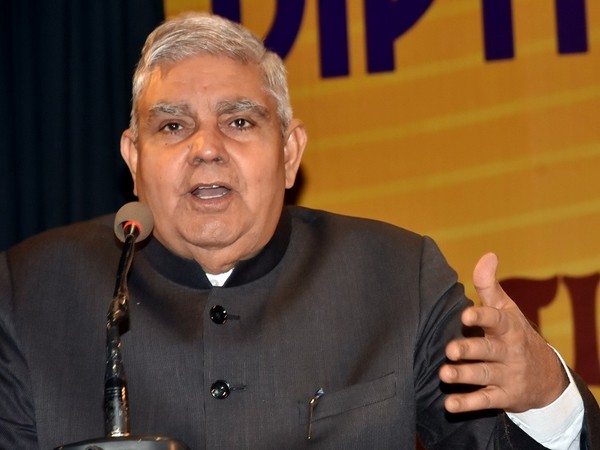 Kolkata (West Bengal) [India], September 25 (ANI): Hitting out at Chief Minister Mamata Banerjee, West Bengal Governor Jagdeep Dhankhar on Thursday raised the issue of transparency on the part of the Trinamool Congress-led government over its annual flagship event, Bengal Global Business Summit (BGBS), that is aimed at attracting investments in the state.

Alleging that BGBS is fast ballooning into a scam, the Governor tweeted, “(It is) just a PR exercise… Surprisingly no response to critical issues raised. Why Cover Up! Why not be transparent! Why hide grim reality!”

“Extravaganza at huge cost to exchequer benefited whom as event organisers? Answer to this will unlock enough for scrutiny… Such response bereft of details mysterious,” he said.
Lats month, Dhankhar had asked the state government to “come out with a white paper” with details of Rs 12.3 lakh crore of projected investment in five editions of BGBS.
“The government must come out with a white paper on the impact of five editions of Bengal Global Business Summit (BGBS). Details of projected investment of over Rs 12.3 lakh crore be made known. Also, the names of organisations/people who were engaged for organising,” he had tweeted.
He had also attacked the Mamata Banerjee government and the state administration’s lack of accountability and transparency in West Bengal. (ANI)

IPL 13: Me and ABD have never felt this calm, says Kohli