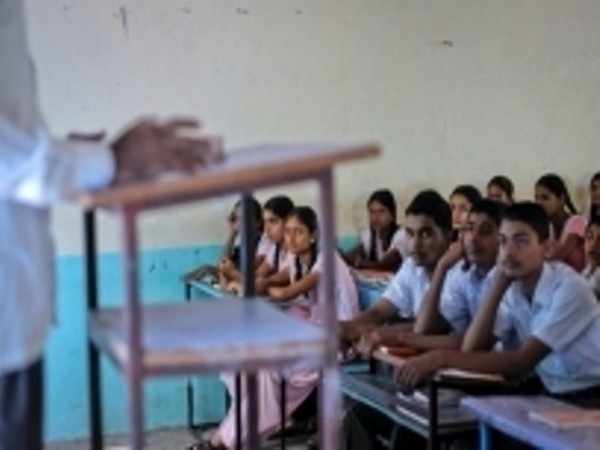 Hyderabad (Telangana) [India], September 25 (ANI): The National Backward Classes Welfare Association (NBCWA) on Thursday staged a protest against the Telangana Government demanding that 40,000 vacant posts in public schools should be filled.
Speaking to ANI, R Krishnaiah, NBCWA president said they organised a demonstration “in front of the director of school education demanding the filling up of 40,000 vacant posts of teachers and non – teaching posts in model schools, Kasturba schools and residential schools”.
The posts in these schools are lying vacant for the last 10 to 25 years.
“The state government is neglecting school education and only cares about contract-based projects and contractors who pay a hefty amount to the government. Even as the Right to Education is a constitutional right, the Telangana Rashtra Samithi (TRS) Government is totally neglecting education in schools,” Krishnaiah alleged.
“We are demanding that the government fill up all 40,000 vacant posts teaching and non – teaching staff. There are about seven lakh unemployed BEd graduates and also those who took teacher training but they were not provided jobs. TRS had earlier promised jobs in the education sector during agitations for the state and mentioned it in their agenda,” he added.
He said the government must fulfil their demands. “If not, then the protest will continue,” he said. (ANI)