Astro-Strategist Hirav Shah forays into the world of films after proving his mettle in business, sports & politics. 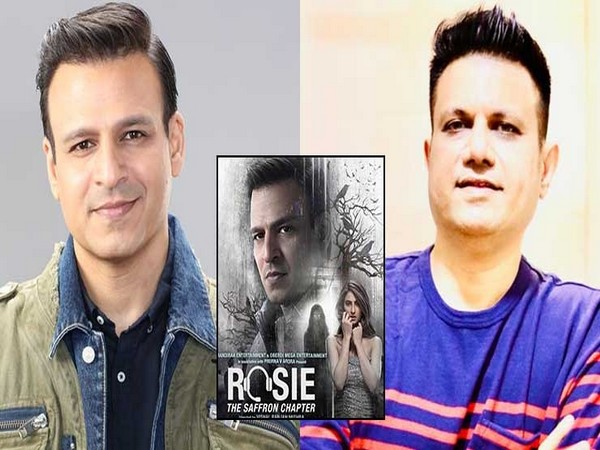 New Delhi [India], September 24 (ANI): Hirav Shah is an Astro-Strategist – he mixes Business Principles with Astrology and brings strategic solutions to the table.
He has been working for many years now with leading personalities in the fields of business, sports and politics. Having joined hands with Vivek Oberoi’s Oberoi Mega Entertainment, this is his first association with motion pictures. Mandira Entertainment and Vivek Oberoi, Co-Producers of Rosie: The Saffron Chapter, have officially inducted him into the Production for his unique insights and vision.
“It is such a privilege to be a part of this Project. ‘Rosie: The Saffron Chapter’ is based on true events and sparked my interest the moment I was asked to be a part of it. Vivek Anand Oberoi has always been a talented Actor. Now that he has become a Producer too, he will contribute to the film industry in a new role. Prerna V Arora is a visionary Producer in the Indian film fraternity. She has set a new tone of possibilities by officially adding an Astro Strategist as part of the core team for the first time in the history of the Hindi Film industry. The film’s director Vishal Ranjan Mishra is really versatile and has his own brand of cinema. I am thankful to Mandiraa Entertainment and Vivek for giving me this wonderful opportunity to contribute to the film’s journey to success!” said Hirav Shah, while talking about being a part of ‘Rosie: The Saffron Chapter’.
“It’s always great to have the guidance of the right people in one’s life & I have Hirav Shah Ji as one such mentor. His scientific approach to astrology combined with practical day to day methods of handling matters makes him an exceptional expert of the field,” said Vivek Oberoi.
“I have always been a huge believer in God and his Powers. Having said that, it is important for all of us to have a guide who inspires and encourages us and also, teaches you how to maintain a positive outlook despite adversities. Hirav Shah ji has played exactly that role in my life… I am sure our Association will be a tremendously beneficial one for all of us,” added Prerna V Arora.
‘Rosie: The Saffron Chapter’ stars Palak Tiwari in her debut role. The film is presented by Mandiraa Entertainment and Oberoi Mega Entertainment in association with Prerna V Arora, and produced by Vivek Anand Oberoi, Girish Johar, Kussum Arora, Reshabh D Saraf, Keyur Pandya and Sanjeet S. Yermal. The film is all set to go on floors by November. It shall hit theatres mid-2021.
This story is provided by Mandiraa Entertainment. ANI will not be responsible in any way for the content of this article. (ANI)

Fortunate to get opportunity to prove myself: Ishaan Khatter