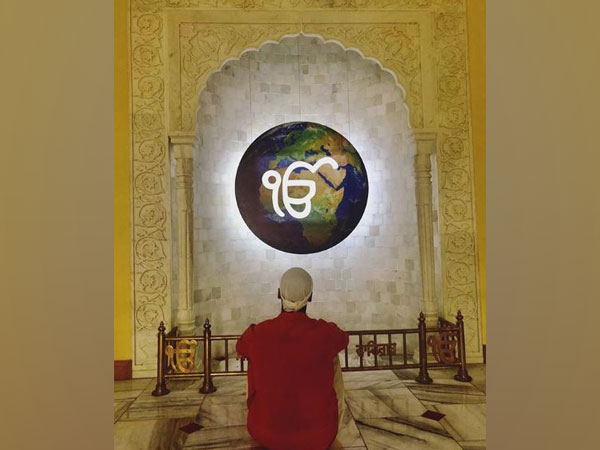 Mumbai (Maharashtra) [India], September 24 (ANI): Actor Akshay Kumar on Thursday shared a glimpse from his visit to gurudwara as the actor cherished a ‘blessed morning’.
The 53-year-old actor posted an intriguing picture to Instagram where he is seen seated on the floor, as he spent 10 minutes in the place of worship. The actor is seen sporting a red kurta, with his head covered with a handkerchief.
The ‘Mission Mangal’ star captioned the post as, “Had a rather blessed morning…spent ten minutes in this Gurudwara today and counted my blessings.”
Feeling a sense of calm, the Namaste London’ star also said, “I feel a sense of calm I haven’t in months. #GratitudeIsTheBestAttitude #IkOnkar.”
Celebrity followers including Abhishek Bachchan and more than five lakh fans liked the post within an hour of being posted.
The actor has been quite active on social media and has been updating fans on his activities by posting pictures and videos.
Currently, Akshay is shooting for his spy-thriller ‘Bell Bottom’ in Scotland, along with his co-stars Huma Qureshi, Lara Dutta, Vaani Kapoor.
The unit has been shooting simultaneously with the local teams in double shifts making it the first film of its kind post lockdown — maximising every day by packing in more into every available hour.
The spy-thriller movie, directed by Ranjit M Tewari is slated for release on April 2, 2021. Akshay released the first poster of the film in November, last year. (ANI)