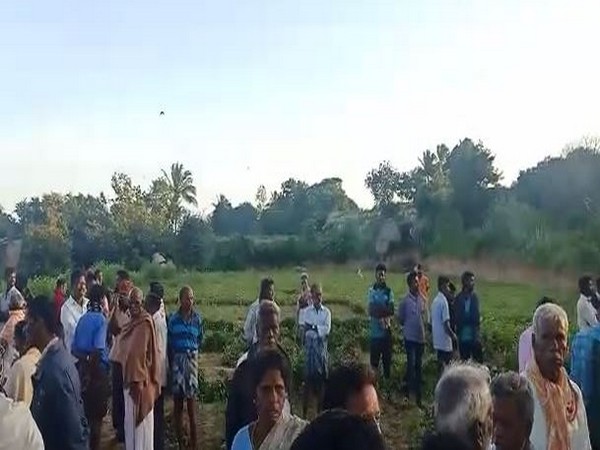 Chittoor (Andhra Pradesh) [India], September 24 (ANI): A 17-year-old girl lost her life in an elephant attack here on Wednesday, Ravishankar, Chittoor West District forest officer informed.
As per the officer, the girl, Sonia, was attacked by the elephant who had ventured out of a forest reserve about 75 metres away.
“The victim and her family were residing in the Mallamuru village around 75 metres from the Krishnagiri forest reserve in Hosur in Tamil Nadu. An elephant escaped from the reserve and came to the village around 1 am last night. Sonia and her mother came out to see it. The elephant attacked the duo and Sonia died on the spot,” he said.
“The mother is in shock with the incident and has been taken to Kuppam government hospital. Girl’s father Murugan, who was away at some distance, escaped the attack,” he added.
DFO Ravishankar, Andhra Pradesh and Tamil Nadu forest officials visited the spot. A case was registered under at the Kuppam Police Station and an investigation is underway. (ANI)