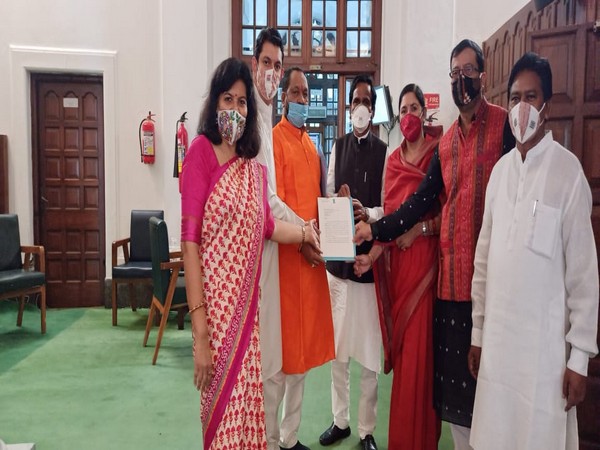 New Delhi [India], September 24 (ANI): BJP MPs from Odisha have written to Union Minister Ram Vilas Paswan, alleging the Odisha government of mismanagement concerning massive gap in beneficiaries for whom foodgrains and pulses were sanctioned under PM Garib Kalyan Yojana (PMGKY) and the actual beneficiaries, who have received the benefits in the state.
“Prime Minister Narendra Modi had launched PM Garib Kalyan Yojana in March under which food grains were sanctioned for National Food Security Mission (NFSM) beneficiaries for distribution,” the MPs wrote in their letter to Paswan.
“In Odisha, this translated into 5 kgs of rice per beneficiary and 1 kg of pulses per household each month from April 2020 for the 3.24 crores registered NFSM beneficiaries to ensure that no one goes hungry. The distribution of these foodgrains was tasked with the Government of Odisha,” they added.
Stating that it is unfortunate that there is a massive gap in beneficiaries for whom the foodgrains and pulses were sanctioned by the Central Government and the actual beneficiaries who have received foodgrains and pulses on-ground, the lawmakers said: “We are distraught to note gross discrepancies in the disbursement of this Central scheme due to gaping missteps by the state government.”
“Many eligible and needy beneficiaries of Odisha are being left out – especially migrant workers who had suffered a long and arduous journey from far-away states to Odisha. It is saddening to note that lakhs of needy NFSM beneficiaries in Odisha have been deprived of the PM Garib Kalyan Yojana due to the mismanagement by the state government,” they added.
The MPs further demanded that the Union Minister should advise the concerned officials to institute an enquiry into the matter.
The BJP MPs have also written to Union Minister of Agriculture and Farmers Welfare Minister Narendra Singh Tomar over the distribution of benefits under PM Kisan Samman Nidhi Yojana in Odisha. (ANI)

US states to get USD 200 million to prepare for COVID-19 vaccine distribution to high-risk people: Trump