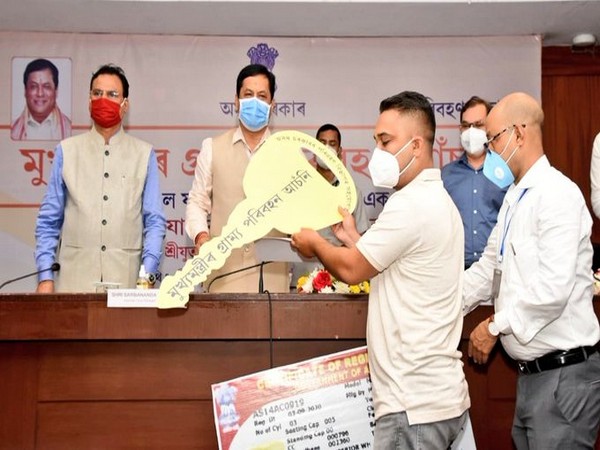 Dispur (Assam) [India], September 24 (ANI): Assam Chief Minister Sarbananda Sonowal on Wednesday launched a rural transport programme and distributed light motor vehicles to the beneficiaries of the scheme.
The scheme ‘Mukhyamantrir Grammya Paribahan Achoni’ aims at improving employment generation and rural connectivity. It was announced by the Assam Chief Minister in his Independence Day speech in 2019.
Sonowal had said that as many as 10,000 villages would be covered in the first phase of the scheme with a financial outlay of Rs 100 crore.
State Transport Minister Chandra Mohan Patowary, Commissioner to the Transport Department Adil Khan were also present at the event. (ANI)