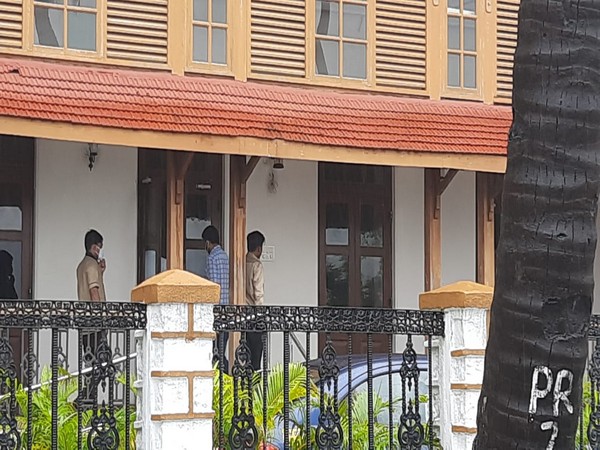 Mumbai (Maharashtra) [India], September 23 (ANI): The Chief Executive Officer (CEO) of Bollywood talent agency KWAN, Dhruv Chitgopekar, on Wednesday appeared before the Narcotics Control Bureau (NCB) for questioning in connection with a drug case related to the death of actor Sushant Singh Rajput.
The NCB, which is probing the drug case linked to Sushant’s death investigation, had yesterday summoned Chitgopekar, Head Talent Manager Jaya Saha and Karishma to join the ongoing investigation. Karishma handles Bollywood actor Deepika Padukone’s account.
The NCB has also summoned Shruti Modi, former business manager of actor Sushant Singh Rajput, to join the investigation as well. All four people have been asked to be present at the NCB office in Mumbai on Tuesday. Shruti Modi had appeared before the NCB yesterday.
Meanwhile, the NCB has arrested one person named Rahil Vishram with 1 kg fine Charas from Himachal Pradesh, which is of high grade and highly-priced in the black market and Rs 4.5 lakh cash was seized from him. Vishram is directly connected to the other peddlers accused in the drug case related to the death of Sushant Singh Rajput, the official said.
The NCB had launched an investigation after it received official communication from the Enforcement Directorate (ED), in which there were various chats related to drug consumption, procurement, usage and transportation.
The ED had on July 31 registered an Enforcement Case Information Report in the late actor’s death case after a First Information Report was filed by Rajput’s father KK Singh against Rhea Chakraborty in Bihar on July 28.
Rajput was found dead at his Mumbai residence on June 14. (ANI)